Book Review: The Psychopath Inside by James Fallon 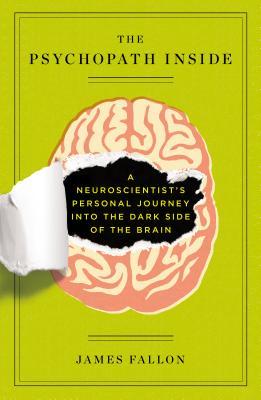 The Psychopath Inside: A Neuroscientist’s Personal Journey into the Dark Side of the Brain by James Fallon

For his first fifty-eight years, James Fallon was by all appearances a normal guy. A successful neuroscientist and professor, he’d been raised in a loving family, married his high school sweetheart, and had three kids and lots of friends. Then he learned a shocking truth that would not only disrupt his personal and professional life, but would lead him to question the very nature of his own identity.

While researching serial killers, he uncovered a pattern in their brain scans that helped explain their cold and violent behavior. Astonishingly, his own scan matched that pattern. And a few months later he learned that he was descended from a long line of murderers. Fallon set out to reconcile the truth about his own brain with everything he knew as a scientist about the mind, behavior, and personality.

This was a pretty good read. At times I felt that James Fallon’s ranting and tangents were a bit too much, and that the explanations of basic biology and the science behind psychopaths went on a little too long, but that just might be me, personally. The book’s chapters are present in an appropriate layout, his explanations of the science is simple and easy to understand for those unfamiliar, and his personal stories – despite his narcissism – are exciting and shocking to read.

James Fallon is neuroscientist who studies the brain of psychopaths. As part of his research, he gets his brain scanned, and then finds out that he has the exact same brain as a psychopath! The brain scans are almost identical! James then goes about revisiting and reevaluating moments of his life, from a young age to a grown adult, with the knowledge of what his brain is. He then begins to develop a theory about what a “psychopath” is, what is sufficient and necessary to define it, and why it is the we even have psychopaths. Will all this academic and personal exploring, James tries to figure out if having the brain of psychopath automatically makes you one.

This is a memoir so “I” is going to come up very often, and the first thing you are going to notice is James Fallon’s ego and narcissism – and yes, even he mentions it several times. However, I cannot blame him; if I had the career, awards and distinctions, media consultations, and did the stuff that this man has, I might walk around like I was the man too. Then take into consideration his lack of empathy, and his personality can be a bit much sometimes. I enjoyed reading his personality, and thought his dry humor was hilarious at time. I read this book, because I wanted to read the memoir of someone who had the brain of psychopath, and who also happened to be a neuroscientist (how cool?!). Thus, I want to hear his voice. Those who are looking strictly for an explanation of psychopathology, might be put off by this.

James Fallon does do an excellent job at explaining basic biology and neuroscience, and making the more advance neuroscience very simple to understand. However the first half of the book, and bulk of each chapter, is dedicated toward explaining these basics. As someone with a background in these two fields, I was a little bored.

The book is laid out very appropriately, chapter to chapter. Going from what a psychopath is and what his job is, and how he found out he had the brain of a psychopath, to exploring some possibilities of what makes a psychopath and recalling moments of his youth and current life that showed traits of a psychopath. Then, depending on the theme of chapter, it will explain the science needed for the reader to understand, and relate that back to his personal life. I would say it isn’t a full on memoir until the last half when the science foundation has finally been set. This last half, when it was focused more him, I could not put down.

If you’re looking for bit of background on the psychopathology, while also get a unique memoir of a psychopath, you will very much enjoy this.

Like Loading...
Tagged 3.5-star, book review, james fallon, memoir, neuroscience, psychology, the psychopath inside, The Psychopath Inside: A Neuroscientist's Personal Journey into the Dark Side of the Brain

8 thoughts on “Book Review: The Psychopath Inside by James Fallon”