A good magic system is key to a good fantasy novel.

The magic may be huge or subtle, but it’s a critical element. It adds wonder, defines our worlds, helps transport readers there, and leaves them begging for more.

So what’s the right choice: Big magic or small? Mysterious magic or clearly-defined?

Depends on what your story needs.

The Lord of the Rings was the springboard for many other stories, but Tolkien used magic only sparingly, in critical moments. Imagine Gandalf storming Mordor, throwing down huge magic like Rand, the Dragon Reborn of The Wheel of Time. We wouldn’t have needed Frodo.

Then there’s the big magic.

I mentioned Robert Jordan’s hugely popular series. Other big magic fantasies include Brandon Sanderson’s bestselling Way of Kings and Mistborn series. Love him or hate him, Brandon is famous for incorporating his magic systems as foundational elements of his stories.

Terry Goodkind is another big-magic author, but the huge magic in his massive Sword of Truth series is totally different from Brandon’s, with more flavors and off-shoots than readers can keep up with.

So what makes a great magic system?

In this chart, I plot several popular series:

In my novels, I explored very different types of magic systems. In my epic fantasy series (not released yet), I use a less-structured magic that is hugely powerful and lots of fun. Fans of The Wheel of Time will love it. In my Facetakers alternate history fantasy, the magic is soul based, with lots of runes and superhuman enhancements, and more definition. And in my Petralist YA fantasy series, I purposefully designed a highly-structured system that will resonate with fans of Mistborn and other Brandon Sanderson systems, including a cool chart:

Each different magic system has pros and cons and can be leveraged in different ways. Know the differences, and design your system to fit your particular story.

What are your favorite magic systems?

Where would you place other magic systems on the chart? How about Harry Potter? Percy Jackson? The Malazan Empire? 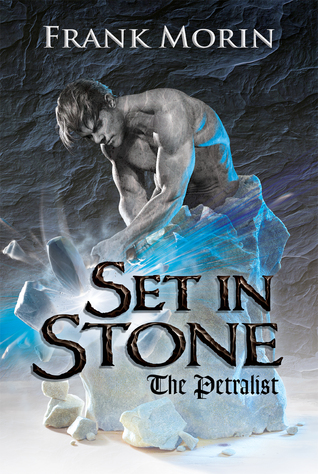 Tomorrow, at sixteen, Connor will reveal his secret curse to the world and take his place as a guardian.

If he survives today.

When armies descend upon his peaceful village, led by superhuman Petralists and clever Builders, most people run and hide. Connor’s not that smart. He manages to get caught in the middle of the escalating conflict. Worse, he learns his curse is the rarest of powers, the Blood of the Tallan, and both sides will do anything to control it and secure his loyalty. Connor is fast, but even he can’t outrun this avalanche.

Truths are sacrificed, loyalties are sundered, and dangerous girls twist his heart into knots.

That’s when things get complicated.

While his friends try to free the village under siege, Connor peels back layers of intrigue and half-truths to find secrets neither side wants him to know. Surrounded by deadly enemies that all claim to be his friends, Connor must choose a course with the lives of everyone he loves hanging in the balance.

His only hope is to gamble everything on a curse that could destroy them all unless his final choice is Set in Stone.

Frank Morin loves good stories in every form.  When not writing or trying to keep up with his active family, he’s often found hiking, camping, Scuba diving, or enjoying other outdoor activities.  For updates on upcoming Petralist YA fantasy stories or his popular Facetakers alternate history fantasy series, check his website:  www.frankmorin.org