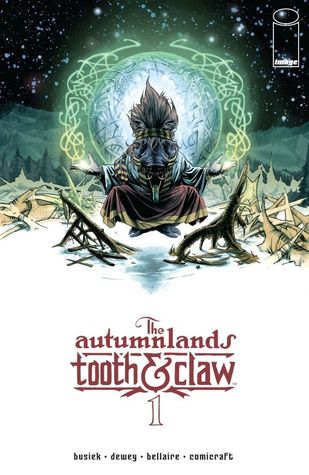 The comic book series I’ve been looking for

MARVELS and ASTRO CITY writer KURT BUSIEK returns to Image Comics with rising-star artist BEN DEWEY for an all-new ONGOING SERIES! Conan meets Game of Thrones meets Kamandi in an original high-fantasy epic for mature readers, as a secret conclave of wizards brings a legendary champion back through time to save the world, with disastrous consequences. The action begins in a spectacular DOUBLE-SIZED FIRST ISSUE, with forty-four pages of story with no ads!

The Seventeen Cities Above the Plain are all run on magic, however the magic has slowly been fading for past few centuries, and the Gods have yet to talk to the wizards in over two-hundred. During the Colloquy, one wizard, Gharta of Daiir, has a plan to solve this: her plan is to bring back the Great Champion. Unfortunately, while the majority of wizards there are excited and eager for her plan, First-in-Council Tallon is not one of them. Fallon claims Gharta is speaking blasphemy against the Gods; that if the Gods had wanted them to reach the time before magic, then they would have already allowed it. Fallon strictly forbids its. This does not deter Gharta or those who would want to support her.

On Keneil, one of Seventeen Cities Above the Plain, on what would later be called “That Day,” wizards from all over are flying to the city to help Gharta to summon a spell to bring back the Great Champion, and restore the filing magic of the world.

I only picked up this first issue because I wanted to see if I’d like it or not and to decide wether or not I should go pick up the first volume (which I obviously will be now!), so you’ll get a full, more in depth review of the series then. For now: the world’s magic is failing, and animals-wizards want to bring back their Great Champion, a being whose race is unknown and is a constant argument, to save the magic; the series seems like it will be starting Dustan, a dog, whose father is a wizard and trader; and on the ground there are buffalo-beings that are none to happy with the being of the flying cities.

I think I am going to love this series; I really think this is the exact comic series I have been looking for.