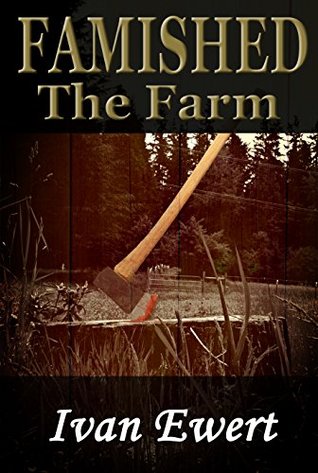 Having defeated the Gentleman Ghouls of the Farm and the Commons, Gordon Velander—and his attendant spirits, Orobias and Sylvie—head west. They seek to destroy the most remote branch of the cannibal cult that founded America and gnaws at the roots of the free world.

However, Gordon now fights a battle both within and without. His contentious allies first struggle, then revolt, following their own agendas. At the same time, Rancher Dylan Wildye has chosen a new tactic to preserve the family bloodline.

Warring for mastery of his own body, mind, and soul, Gordon must choose not only sides, but also his fate.

Famished: The Ranch is the third and final book in the Gentleman Ghouls series from Ivan Ewert and Apocalypse Ink Productions.

*** Famished: The Farm is published by Apocalypse Ink Productions and available for purchase TODAY!!! ***

Ivan Ewert was born in Chicago, Illinois, and has never wandered far afield. He has deep roots in the American Midwest, finding a sense of both belonging and terror within the endless surburban labyrinths, deep north woods, tangled city streets and boundless prairie skies. The land and the cycles of the year both speak to him and inform his writing; which revolves around the strange, the beautiful, the delicious and the unseen.

FAMISHED: THE RANCH is the third in the Gentleman Ghouls series, published by Apocalypse Ink Productions.

Ivan can be reached at www.ivanewert.com and on Twitter @IvanEwert.

One thought on “Author Spotlight: Famished: The Farm by Ivan Ewert”