Jack is a recovering academic, ashtangi, and grammar nut. He has one published novel Okanagan Messiah Cometh with Permuted Press, and one upcoming novel The Promise of a Battered Moon with Kristell Ink. Check out his website www.mybossisadroid.com and follow him on twitter @mybossisadroid.

First, let me offer my sincere apologies to any English majors and academics who have actually studied literary criticism — something I cannot lay claim to. In fact, if you’re familiar with Northrop Frye, I fear you’ll be horrified by my (very amateurish and likely highly inaccurate) interpretation of his Theory of Modes and how I use it to interpret cultural trends. But hey, thank heavens I no longer have any stakes in academia! Honestly, this is just my way of looking at thematic trends in science fiction and fantasy, which I thought could be at least entertaining due to its crackpot-ness or a nice conversation starter.

I was introduced to Northrop Frye’s Theory of Modes and his Anatomy of Criticism about ten years ago when I was having a discussion with a former partner about the existence of cycles in history. I can’t remember what I was saying, but I suspect it was largely bullshit because at the time I was studying the soporific field of theoretical ecology, and I had taken exactly zero classes in history (or English). On the other hand, my partner (who was at the time pursuing a doctoral degree in medieval English literature) had started talking about the historical progression of Western literature through a series of literary “modes” that seemed to be repeating themselves.

In a nutshell, Frye’s Theory of Modes argues that literary epochs can be described as going through 5 distinct modes: the Mythic; the Romantic; the High Mimetic; the Low Mimetic; and the Ironic. In each mode, the protagonist is portrayed in a characteristic manner:

Mythic: the protagonist is an awe-inducing god, like Zeus or Thor.

Romantic: the protagonist is a classical Hero you can’t possibly hope to become and can only admire, like Arthur or Beowulf.

High Mimetic: the protagonist is a noble hero, still difficult to emulate but more relatable than the Hero, like an aristocrat/nobility like Othello.

Low Mimetic: the protagonist is a commoner or someone of the middle-class, and you can clearly see yourself as them.

Ironic: the protagonist is essentially a loser and an object of mockery/satire.

One way to look at this is that, from mode to mode, the main character transitions from a perfect god-like state to a more real and flawed portrayal. Thematically, you might say that it goes from a state of high ideals to a state of disillusionment.

Granted, it’s pretty ambitious to say that the whole of Western literature transitioned through those modes, but it makes a lot sense to me just from personal experience whenever I get excited about a new idea:

Mythic: at first, I think the new thing is utterly brilliant and the fucking bee’s knees

Romantic: I then see some flaws to the ideas, but I figure they’re just exceptions to the rule

High Mimetic: I then realize that there are many more restrictions to the idea, but seeing as I’ve invested myself in it, I’m still going to follow it

Low Mimetic: I then discover that it’s really just an idea like any other, and it’s not that special

Ironic: and finally, I get sick of the idea and decry it as a crock-o-shit.

My Extended Use of the Theory of Modes

Again, I’d like to stress that this is my personal interpretation of the Theory of Modes, which is not founded on anything else except a few long conversations with my ex and some cursory readings topped off by Wikipedia entries. Nevertheless, it still became ingrained in my thinking, not only because I was trying to impress my then partner, but because it excited my imagination in all the ways it could be applied to so many things other than just Western literature.

Similarly, couldn’t you also argue that music could also be viewed through the lens of the Theory of Modes, where the peppy, positive music of the 50s transitioned into the grungy music of the 90s? How about movies? Hell, you’ve only got to watch Trainspotting and Pulp Fiction a couple of times to see that the 90s were part of the ironic mode. I’ve got no proof of this, but that hasn’t stopped me before from making the grand guess that you could see matching trends in fashion, cuisine and even ideological trends.

SFF and the Theory of Modes

All this to say that I think the Theory of Modes could be widely applicable to culture in general, but also to science fiction and fantasy literature more specifically.

Let’s take Tolkien-esque fantasy to start. I’ll choose a few iconic novels to make my point, though I’d be grateful for any help expanding the list. For the Mythic Mode, the Silmarillion and The Children of Hurin would be obvious fits, but perhaps more suitable would be the iconic myths and legends Tolkien based them on (e.g., the myths of the Ring cycle). Then, The Hobbit and The Lord of the Rings would fit in the Romantic Mode. Following this and moving away from Tolkien, I’d suggest that Mary Robinette Kowal’s Glamourist Histories novels could be a good fit for the High Mimetic Mode, while Delilah S Dawson’s Wake of Vultures could fit in the Low Mimetic Mode. And for the Ironic Mode, I’d suggest Chuck Wendig’s Miriam Black series.

Of course, I’m aware that I’m missing a whole whack of books out there, but to be clear, I’ve never actually actively sorted all the books I’ve read into those categories. One day, I may do so as part of larger project.

Potential Applications of the Theory of Modes

So why could this theory be useful? Good question!

For example, I think we’re currently in the Low Mimetic/Ironic Mode. I believe this is the case when I look at the trends in the superhero movie genre. Where High Mimetic movies like Iron Man were a success almost a decade ago, now clearly “gritty” and self-mocking movies like Deadpool and Suicide Squad are presumably on the upswing. Assuming this is true, it could be that movies and books that evoke myths and gods or are perhaps new versions of fairy tales could be the next big “thing.”

Crazy? Yeah, I’ll be the first to point out the huge glaring holes in my theory. For one thing, SFF fiction and movies of all genres have appeared in all decades. It’s not like a decade only has a certain type of cultural product. Similarly, there’s no reason why the trends in books and movies would necessarily be linked; in other words, they could be cycling at different modes… or they could even be jumping around from mode to mode, irrespective of the order of the cycle.

So, as much as I would like the Theory of Modes to be predictive, I don’t think it’s the case. Besides, any writer/agent will tell you that you shouldn’t be chasing the market, but should instead be writing what makes you happy.

What Mode are YOU?

And that brings me to what I’ve found most useful for my own writing when thinking about the Theory of Modes. In essence, I’ve used it to categorize my own writing, which in turn helps me seek out other works of fiction that could help inform and improve my writing. (FYI, I write exclusively Ironic Mode fiction, though I definitely do enjoy fiction in multiple Modes.)

The other thing it’s helped me come to terms with is that some people just like particular modes… and that’s ok. Admittedly, I used to find it incomprehensible why people wouldn’t want to read about hateful characters who go about making life miserable for others (i.e, the characters that I tend to construct), and I would mercilessly mock those unbearably positive stories with happy touchy-feely lovey-dovey endings. These days though, I tell myself that people grew up in different Modes and that’s what stuck with them. I, for instance, had my formative years in the ironic 90s.

So that’s how I use Frye’s Theory of Modes to make sense of the SFF world! It’s a little eccentric, I know, but I do hope that it’s in some way interesting to you to think of what Mode you write in and what Mode you prefer.

*** Okanagan Messiah Cometh is published by Permuted Press and is available to purchase TODAY!!!! **** 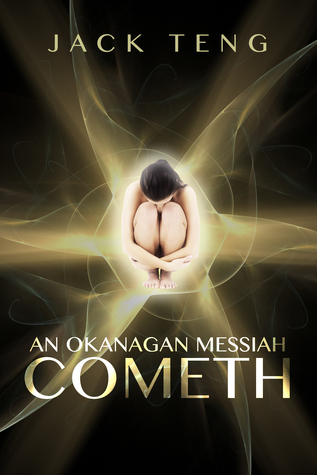 It’s the year 2050 and the 1% have won. Either you’re a resource baron or you’re a peasant worker slaving in the fields. However, hope for change still exists–and it will come from the most unlikely of places.

Maia is the pampered daughter of the most powerful vineyard baron in the Okanagan Valley of British Columbia. She, frankly, has no complaints about her quite comfortable situation. And yet, a series of unfortunate and exceedingly inconvenient events lead Maia to be mistaken for the Messiah of the much-awaited Revolution.

Now, much to Maia’s irritation, instead of having her new Messiah-dom blow over like last week’s nonsense, she’s kidnapped, dragged across province and brought to Vancouver, where a titanic showdown between the haves and the have-nots is about happen.