Today I am interviewing K. Kibbee, author of the new YA fantasy novel, The Raven Queen, second book of the Forest of Fae Books series.

DJ: Hey Kristine! Thanks for stopping to do an interview!

For readers who aren’t familiar with you, could you please tell us a little bit about yourself?

K. Kibbee: I’m afraid I’m not very exciting. If it were left to the reader’s imagination I’d hope to be visualized as some witty vixen with a flair for all things creative and darkly beautiful. But in truth, I’m just an introverted dog lover with an overflowing love of the literary and fantastical. I was probably born with pen in-hand and have written everything from exceedingly dry journalism to the pie-in-the-sky imaginary adventures for a little French bulldog. I’ve covered the spread in between too—publishing works in several literary journals (“The Salal Literary Review” & “S/tick,” to name a couple) in addition to my growing collection of novels.

DJ: What is The Raven Queen about?

K. Kibbee: “The Raven Queen” is book two in the “Forests of the Fae” series—a trilogy that follows a plucky young girl named Anne who finds her quest to uncover the century-old mass disappearance of an entire town full of people evolving into a battle with dark Fae creatures. For readers who are new to the series, a peek at the book jacket might just shine a brighter light–

A summer spent untangling a century-old mass disappearance, communing with ghosts, fleeing dark Fae Folk, and enduring her nefarious cousin Lexie would seem like tribulation enough for 13-year-old Anne, and yet her struggles have only just begun.

Though she’s closed Devlin’s Door behind her, it would seem that something sinister has followed Anne from the other side. Her dearest friend Grace is not a she would seem. Something dark has taken hold of the girl . . . something not of this world. Ravens surround her, people mindlessly do her bidding, and wickedness drips from her lips. It’s only a matter of time before Anne uncovers her secret and with it, her vengeance.

Meanwhile, somewhere deep in the Forests of the Fae, the real Grace struggles to retain her humanity and escape the revolting Faerie body that imprisons her. With pet raven Onyx at her side, she is heralded a Queen, and worshiped by the very creatures that she despises. Set atop a throne of thorns, she feels all is lost, until a stranger with human eyes and a sorted past is shackled at her feet.

Though worlds apart, both girls must race against time if they hope to unravel the mysteries of the Fae folk and unmask The Raven Queen.

DJ: Could you briefly tell us a little about your main character(s)? Do they have any cool quirks or habits, or any reason why readers will sympathize with them?

K. Kibbee: “The Raven Queen” actually volleys perspectives between Anne—a 13 year old misfit with a curious mind and a loyal heart, and Grace—a century old ghost who’s been trapped in the body of a hideous Changeling creature and banished to the dark recesses of the Forests of the Fae, where she is worshiped as a queen. Both characters are very real in their emotions and reactions, despite their otherworldly circumstances. The girls are fiercely loyal to one another and determined to reunite, even though it puts them both in great peril.

Also featured in the book, readers will find Onyx—a trained pet raven who is marvelously clever and just as devoted to the girls as they are one another. He’s a stark contrast to Walter, a character who makes an appearance in several chapters, and is probably the quirkiest of the lot. The purveyor of “The Wrinkled Worm” Antique and Bookstore, Walter is a curmudgeonly old fellow who shares in many of Anne’s adventures, despite his protests.

DJ: Can you tell us about the Fae Folk and anything about this other world in our world? Without spoiling anything, of course.

K. Kibbee: I can tell you (in a hushed tone and under cloak of my hand, of course) that these aren’t the Fae Folk of your childhood memories. These are dark, nefarious creatures who covet our bodies and our lives. They aren’t liable to sprinkle pixie dust on your or grant any wishes—unless you desire to leave your family and whole world behind in exchange for the bowels of a beastly world where your soul will be overcome by the monster whose body you’re forced to inhabit.

DJ: How have the reviews been from readers, bloggers, and reviewers for the first book, Devlin’s Door? Is there anything that your audience seems to be particularly enjoying or is eager to find out more about?

K. Kibbee: Reviews for “Devlin’s Door” have been overwhelmingly positive. Readers seem to enjoy the fast pace of the book, along with its fantastical elements and the friendship it chronicles between the girls. I am oft complimented on the ending of the book, which has had dedicated fans pining for “The Raven Queen” for ages!

DJ: What was your favorite part about writing The Raven Queen?

K. Kibbee: It was an interesting process–writing separately for the two girls. This is my first attempt at chapter-by-chapter perspective alternation and I enjoyed getting into each of the girls’ head and writing to her tone. I’ve also included a veritable treasure hunt in its pages and tying all the little threads of that hunt into a nice bow at the end gave me great satisfaction.

DJ: What do you think readers will be talking about most once they finish book two?

DJ: When I read, I love to collect quotes – whether it be because they’re funny, foodie, or have a personal meaning to me. Do you have any favorite quotes from The Raven Queen that you can share with us?

K. Kibbee: I wouldn’t say that quotes are my “thing.” I do, however, get obsessed with certain words, and seem unable to free them from my mind until I work them into my current WIP. There are several delicious little words peppered throughout the pages of “The Raven Queen.” 😉

DJ: Now that The Raven Queen is released, what is next for you?

DJ: Before we go, what is that one thing you’d like readers to know about The Raven Queen that we haven’t talked about yet?

K. Kibbee: It’s a must-read for anyone hoping to avoid abduction by dark faeries. You know—safety first. 😉

K. Kibbee: It seems appropriate to point out that I AM my readers—I am that dreamer, that devourer of the fantastic. I write for me but in doing so, I write for them—because I’m always ravenous for that more magical plot, that more relatable character, and the result is a complete escape from the ordinary.

*** The Raven Queen is published by Incognito Publishing Press and is available TODAY!!! *** 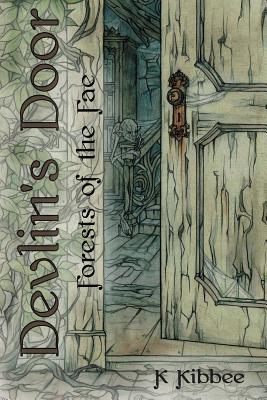 When thirteen-year-old Anne is sent to spend the summer with her dreadful relatives in a small Washington state town, she is left with little hope that anything intriguing will happen to her. However, when she learns of an abandoned town full of old Victorian homes hidden in the woods nearby, she embraces the lore and becomes bolstered by the idea that an adventure might await.

Her sadistic cousin Lexie feeds Anne’s curiosity and leads her to the mysterious town in the woods, where Anne is goaded by her cousin and friends to enter one of the abandoned homes, alone, and is locked inside.

While searching for a way out, Anne stumbles through a hole in the floor and unknowingly falls into an ominous, ghost-filled mystery. As she digs deeper into the secrets of this house, she discovers a weathered journal that reveals a magic-infused history hundreds of years old and a tragic secret: a curse has trapped the town and its inhabitants in a place not meant to be found by humans.

Treacherous fairies, dark worlds-within-our-world, dangerous creatures and a shocking truth all await Anne as page by page, she peels back the mysteries of this chilling town.

K Kibbee is a delightfully contrary Pacific Northwest writer with a fascination for all things literary. Kristine’s passion for creative writing began in her early youth and led her to the doors of Washington State University, where she earned a degree in Humanities, with a focus in Professional Writing. Kristine has since had works published in The Vancougar, The Salal Review Literary Review, S/Tick Literary Review and is a featured columnist for the nationally syndicated magazine, Just Frenchies.

Kristine’s novella, The Mischievous Misadventures of Dewey the Daring, is available on Amazon.com and her middle-grade fantasy novel, Whole in the Clouds, new, extended version of Kibbee’s middle-grade fantasy novel. “Whole in the Clouds” will be released by Incorgnito Publishing in January of 2016. She anticipates the publication of her comedic collection of dog stories, Frenchie ‘Tails,’—which are short, cheeky and ripe with mischief– in November of 2015.

Incorgnito is proud to publish K Kibbee’s New YA Trilogy FORESTS of the FAE. Book One, Devlin’s Door available now.