Today I am interviewing Joseph Helmreich, author of the new science-fiction novel, The Return.

DJ: Hey Joseph! Thanks for agreeing to do this interview!

Joseph Helmreich: Sure! I’m a New York-based writer and The Return is my first novel. When not writing, I work in film distribution and play with an alternative folk band called Honeybrick.

DJ: What is The Return about?

Joseph: The Return is about a washed-up physicist who gets abducted by an alien ship during a live TV broadcast. Years later, he turns up in the desert and claims the whole thing never happened. The story focuses on the physics grad student who tries to track him down and get to the bottom of it.

DJ: What were some of your influences for The Return?

Joseph: Quite a few writers were influential for me while I was writing, among them Harlan Coben, Lee Child, David Mitchell, Bruce Coville and, though it might not be obvious, Tom Wolfe. Also, the great sci fi Spielberg movies of the 70’s and 80’s were always on my mind. And music played a huge role, especially Arcade Fire, Okkervil River, and Joseph Arthur.

Joseph: I think my favorite character is Andrew Leland, the physicist at the center of the story. There’s an ambiguity to him and to his motives where you’re kind of always left guessing. END_OF_DOCUMENT_TOKEN_TO_BE_REPLACED

Today I am interviewing Brian McClellan, author of the new epic fantasy novel, Sins of Empire, first book in the Gods of Blood and Power series.

DJ: Hey Brian! Thanks for agreeing to do this interview!

Brian McClellan: Hi there! I’m a thirty-one year old author living on the side of a mountain in Utah. I’m a full-time author, writing flintlock epic fantasy for Orbit books. In my books, my heroes include soldiers, government agents, convicts, and everything in between–all of them operating in a world something akin to our Napoleonic era. There’s magic, flintlock rifles, bayonet charges, duels, gods, sorcerers, political intrigue, and massive battles.

DJ: What is Sins of Empire about?

Brian: Sins of Empire is the first novel in my next trilogy. This is the second series to take place in the Powder Mage Universe, and a new entry point for curious readers looking to explore that world. While my first trilogy dealt with a very old-world, European-style conflict, this second one has more of a new-world feel to it on the largely-unexplored continent of Fatrasta. There are vast frontiers, native populations, technological advancements, and unknown sorcery. Sins of Empire begins with the discovery of a sorcerous object of ancient origins, and follows the consequences of its unearthing as this new world grapples with old secrets, and powerful people maneuver for a coming conflict.

DJ: What were some of your influences for Sins of Empire?

Brian: It’s hard to talk about Sins without talking about my first trilogy (because that’s what set the stage for the world). My initial influences were Count of Monte Cristo, Les Mis, Three Musketeers. These were my favorite adventure books as a child, and I wanted to combine them with my favorite genre–epic fantasy. Throw in the visual influences of shows like Sharpe’s Rifles and Fullmetal Alchemist, and I had a book to write! Sins, to me, is the extrapolation of the world I initially created. I started in the old world, and I wanted to move toward something new. What happens when I explore the results of colonialism and industrial greed? END_OF_DOCUMENT_TOKEN_TO_BE_REPLACED

Today I am interviewing Alex Bledsoe, author of the new fantasy novel, Gather Her Round, fifth book in the Tufa series.

DJ: Hey Alex! Thanks for agreeing to do this interview!

Alex Bledsoe: Thanks for having me, DJ. I’m a southern writer who now lives in Wisconsin, and the stay-at-home dad of three children. I’ve been writing my whole life, around stints as a reporter, editor, photographer and door-to-door vacuum cleaner salesman. I write primarily fantasy and horror.

DJ: What is Gather Her Round about?

Alex: It’s the fifth novel in my Tufa series, about an isolated Appalachian town whose citizens are all descended from Celtic faerie folk. In this one, a wild hog kills a young woman, and the pursuit of it brings out the best and worst in those who knew her.

DJ: What were some of your influences for Gather Her Round?

Alex: After four prior novels, I wanted to do something new, and I hadn’t yet done a monster story. I wanted the monster to be something reasonable, not supernatural or cryptozoological, so I considered a giant wild boar. Then I found out that Tennessee, where the novel is set, really does have an elite task force for dealing with the wild hog infestations, which gave me a sort of “Avengers, assemble” moment. Once I knew about that, the rest of the story was a snap. END_OF_DOCUMENT_TOKEN_TO_BE_REPLACED

Short Story Review: A Tale of Ash in Seven Birds by Amal El-Mohtar 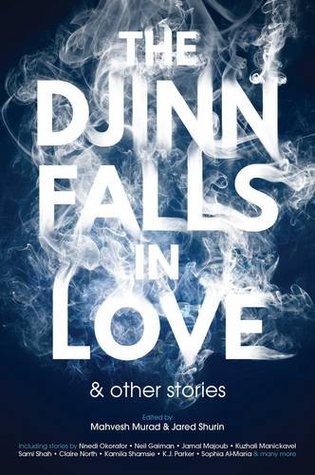 Rise as a phoenix
END_OF_DOCUMENT_TOKEN_TO_BE_REPLACED

Today I am interviewing Steven Burgauer, author of the new science-fiction novel, The Grandfather Paradox: a time-travel story, as well as any number of historical fiction novels. He is perhaps best known for his book Nazi Saboteurs on the Bayou, historical fiction set during World War II in the colorful river town of New Orleans

DJ: Hey Steve! Thanks for agreeing to do this interview!

Could you tell us a little about yourself? I understand that you became an author later in life. What led you to make the unusual switch from successful investment broker and mutual fund manager to author?

Steve Burgauer: Hello, DJ. It is so nice to be invited to be part of your show. There is not a lot I can tell you about myself that is James-Bond-exciting. I am a life-long Boy Scout; I have two grown children; a wonderful wife of more than forty years; and I love to travel. The magic of modern medicine and the promise of clean-living has allowed me to enjoy a long and productive life. If a person is willing to take the necessary risks, there are enough years in a life today to enjoy more than one career. I felt that after twenty years of stock brokering that I had accumulated enough wherewithal to see me through to the end and yet, I had an unmet need to say something and to leave behind a written legacy. So I quit my job when I was about forty and took the plunge. Writing allows me to talk about some of humanity’s possible futures, one in which we might settle other planets or tame wildernesses far away, one in which we have to build entire new societies from scratch, exploring, harvesting asteroids, terraforming, corralling comets to bring cold water to hot places like Venus. Likewise, I still enjoy learning about past events, reading biographies and learning about often unsung heroes who have made a difference to our way of life. END_OF_DOCUMENT_TOKEN_TO_BE_REPLACED

Today I am interviewing Kameron Hurley, author of the new space opera, The Stars Are Legion.

DJ: Hey Kameron! Thanks for agreeing to do this interview!

Kameron Hurley: I’m a fantasy and science fiction writer, but I’m probably best known for an essay that won a Hugo Award. That essay is “We Have Always Fought,” and it’s part of a collection that came out last year called The Geek Feminist Revolution. I also write a lot of fantastic worlds. I’ve got an epic fantasy series about polyamorous matriarchies and parallel universes colliding, which starts with The Mirror Empire, and an SF-noir bugpunk series, the God’s War Trilogy. I’m known for writing wild, cool worlds inhabited by badass women.

DJ: What is The Stars Are Legion about?

Kameron: It’s a space opera set among a legion of organic starships where two women struggle to escape a perpetual war and literally save their worlds. It’s a living, breathing adventure novel that a lot of folks have said is… very visceral!

DJ: What were some of your influences for The Stars Are Legion?

Kameron: I enjoy really weird fiction, that gooey, body horror stuff where people transform into who-knows-what, like China Mieville’s Perdido Street Station and KJ Bishop’s The Etched City. I also love space opera, though my influences in that vein are films as opposed to novels. There are fewer novels that do gooey spaceships. I watched a lot of Pandorum, Farscape, Babylon 5, and some really weird stuff I can’t remember. I also spent a lot of time researching microbes, parasites, and symbiotic creatures and ecosystems. I wanted these worldships to be living ecosystems, and for the humans inside of them to be part of those systems. END_OF_DOCUMENT_TOKEN_TO_BE_REPLACED

Today I am interviewing Alastair Reynolds, author of the new science-fiction novel, Revenger.

DJ: Hey Alastair! Thanks for agreeing to do this interview!

Alastair Reynolds: I’m a science fiction writer from Wales, UK. I started publishing short stories about twenty seven years ago, and I’ve been putting out novels since the year 2000. For a while I had a parallel career in space science, but I gave that up over a decade ago to concentrate on writing.

DJ: What is Revenger about?

Alastair: It’s an action-drive science fiction novel with a far-future setting and some strong throwbacks to the classic adventure and nautical fiction of the nineteenth century.

DJ: What were some of your influences for Revenger?

Alastair: As a reader I’m never interested in “sympathetic” characters so I go out of my way to make mine as unsympathetic as possible. Fura, the main character in the book, starts out a little naïve, but she’s intelligent, resourceful, and ferociously driven. When her older sister, Adrana, gets into trouble, Fura sets herself on a course of total retribution. She has to grow up fast, and learn to fit into a new and complex world of space-going sailing ships and dangerous, barely understood technology. END_OF_DOCUMENT_TOKEN_TO_BE_REPLACED