Guest Post: What’s Important in a Story: Setting or Character? by Kayl Karadjian

Kayl Karadjian is a lifelong fan of Science-Fiction and Fantasy books, Manga, and Role-playing games. He is the author of multiple books in the Tales of Ashkar and Dragonsoul series.

Catch updates and follow me on social media here:

What’s Important in a Story: Setting or Character?

It is the struggle of the author to bring to life the stories running in our heads. There are so many cogs that we must bring together to form our novels, and each piece must fit perfectly or else we risk the whole machine falling apart.

Often times, many authors (and in turn, many readers) approach a story by its setting first. In regards to fiction, we like to categorize stories by what setting they occur in. We think of fantasy, and our minds picture swords and magic. We think of sci fi, and envision a world far into the future. We do this with every genre, and only after we have committed to the setting do we think of the characters.

In this way, some people only ever read in certain genres. They let the setting determine whether or not they are going to enjoy the book (assuming the prose is as expected or better).

Here’s where that mentality is an incorrect way to approach a story as both a writer and a reader.

Connecting to a character, and thus creating an emotional current, is paramount for someone to be invested into a story. If you don’t care about the character, you don’t care for the story regardless of setting. Characters transcend writing and connect us all. Setting is just the delivery method.

Consider Game of Thrones, a series written in both a genre and style that turns most away. Granted, the show certainly pushed the series mainstream, but that doesn’t invalidate the written work and the characters in it that pulled people in.

It is through the characters that readers felt something, which is what art is. Regardless of what genre you read or write, always consider that without a connection to your characters, no one is going to care. That’s the same even if your prose is the greatest in the world, or your setting or idea has never been done before.

That’s something that I always try to put at the forefront of what I write. Both of my series, Tales of Ashkar and Dragonsoul, were written to be character-driven and introspective. While the setting is based on medieval fantasy for both series, the characters transcend the story.

Love, loss, hopes, and dreams. These are what drive my characters. Their problems and stories are not limited to the universe that they live in.

That’s what makes a good story. 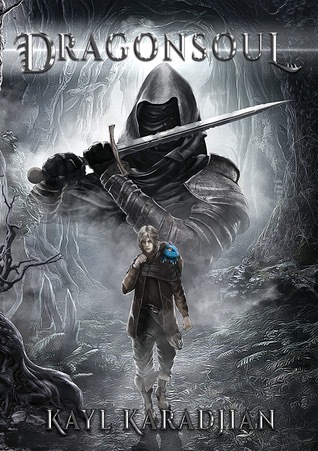 Littlehorn is the last dragon, born into a world that wants him dead.

The dragon’s blue scales and orange eyes are a stark contrast to the dull gray around him. The sky is gray. The ground is gray. Everything is gray, even the skin, eyes, and hair of every other living creature, including humans.

But Denyth isn’t the only human who knows of Littlehorn’s existence. A dragon-hunter named Zero, who has dedicated his entire life to purging anything of color, is coming after Littlehorn to finish the job.

Dragon and human flee together to the colorful land called Evenar, coming across a host of odd, colorful creatures, including a cat-like shapeshifter who can hear the land, a pacifist troll who wields a club the size of a tree trunk, and even a group of walruses who can talk.

Just as they think that they have found paradise, they discover a terrible secret: humanity wasn’t responsible for the fall of dragons after all.