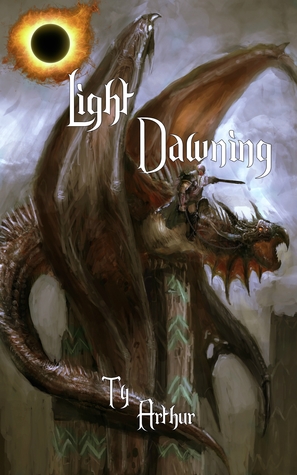 As total war approaches, four lost souls trapped behind Cestia’s walls are on a collision course with fate, destined to either save the city or see it utterly destroyed while calling on forces beyond mankind’s comprehension. For good or ill, the light of a new day is about to dawn.
.
.

Author of sci-fi / horror novella “Empty” and full-length grimdark novel “Light Dawning,” Ty Arthur gets to meld his passions with his work while freelancing for the likes of Metalunderground and GameSkinny. Arthur writes to exorcise his demons and lives in the cold, dark north with his amazing wife Megan and infant son Gannicus Picard. Many more dark tales are still to come soon, exploring every facet of the bleaker aspects of human existence.