9 Comments
By DJ (@MyLifeMyBooksMyEscape) Best Of

I feel like it would be a sin to be running a book blog and to not make a “best of” list for the books I read every year. However, 2017 was my first full year of medial school, meaning that I did not have to read many books all (only 2 novels, 1 novella, 1 novelette, and 2 short-stories in total).

Regardless! I will still promote all the books I gave a rating of 4/5 or higher! 🙂

Without further ado, I am happy to announce my… 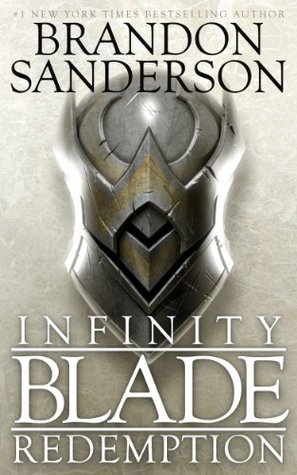 Long months have passed since Siris and the God King, enemies betrayed together, were left to rot in the prison at the Vault of Tears. Their  true enemy — the Worker of Secrets, creator of the Infinity Blade itself — now reigns.

Upon finally obtaining freedom, Siris must unravel plots that seem to  make no sense, lead a rebellion with no direction, and fight against the  division within his very heart. The secrets unraveled will dig backward  in time toward the origins of the deathless and the true nature of the  world itself…

From #1 bestselling author Brandon Sanderson and ChAIR entertainment, creators of the blockbuster Infinity Blade video game series, comes the second novel in the epic Infinity Blade saga. This latest tale delves deeper into the fantastical world of Infinity Blade, a world of mystery and intrigue where magic and technology are indistinguishable and even life and death are not as they seem.

Why You Should Read It: It’s part 2 of the short-fiction duology, and the first was so much fun to read!

When the post-human Next suddenly re-appear in a solar

Trained from birth in swordplay and combat, a young knight named Siris has journeyed to the Dark Citadel with a single purpose: fight through the army of Titans to face the tyrannical God King in one-on-one combat. This was his father’s sacred mission, and his father’s before him, going back countless generations in an effort to free their people from enslavement. But when Siris somehow succeeds where all those from his bloodline previously have failed, he finds himself cast into a much larger world, filled with warriors and thieves, ancient feuds and shifting alliances, Deathless immortals and would-be kings. His quest for freedom will take him on an epic journey in search of the mythical figure known as the Worker of Secrets – the one being in the world who can unravel the secrets of the Infinity Blade.

Based on the bestselling video game from ChAIR Entertainment and Epic Games, this all-new adventure from acclaimed fantasy author Brandon Sanderson digs deeper into the fantastical world of Infinity Blade, a world of mystery and intrigue where magic and technology are indistinguishable, and even life and death are not what they seem.

Why You Should It:  If you read this and haven’t played the games yet, you’re going to want to go pick up the games right after because you’ll want to know what happens before and after this novella; and if you have played the games before, you are going to love all this lore!

Eventhough I know how the story would end, I was powerless to resist getting caught in Sanderson’s words and this unknown lore.