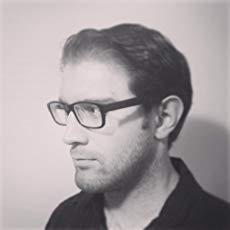 Today I am interviewing Paul Heatley, author of the new crime noir novel, Violent by Design, final book in the Eye for an Eye series.

DJ: Hi Paul! Thanks for agreeing to do this interview!

Paul Heatley: Hey DJ, thanks for having me! I’m a British writer from the north east of England with some previous titles under my belt – The Motel Whore & Other Stories, Guns, Drugs, And Dogs, Fatboy, and the first two in the Eye For An Eye series, An Eye For An Eye and The Runner.

DJ: What is Violent by Design and then the Eye for an Eye series about?

Paul: The Eye For An Eye series focuses primarily on the exploits of Graeme Taylor and Tracksuit Tony Gordon and their affiliation with the Doyle family, based in Newcastle Upon Tyne. In the opener, An Eye For An Eye, Graeme and Tony are brought in to track down a guy who has accidentally blinded Neil Doyle’s (the patriarch of the family) daughter Jasmine, taking out one of her eyes with a dart. The accidental perpetrator, however, is part of a violent, rival family, who are determined to keep his whereabouts secret, and protected. Needless to say, things get pretty bloody! The Runner is a prequel/companion to An Eye For An Eye, taking place before the events of that tale. It features cameos from some of the characters from the first, including Jasmine (with both eyes), and most predominantly, her older brother Michael. It is, however, a largely self-contained story. Violent By Design picks up one year after the events of An Eye For An Eye. Graeme Taylor is in a self-imposed exile after the events of the previous story, and Tony works for the Doyle’s in a larger capacity. There’s a new head of security called Jimmy Finlay, as well as a new threat from a taxman (a rip-and-runner), as well as new interpersonal relationships between the characters that I won’t give away here.

DJ: What were some of your influences for the Eye for an Eye series?

Paul: The characters of Graeme and Tony, as well as Michael, Neil, and Jasmine of the Doyle family, made their first appearance in a short story called The Straightener (which will be included as a bonus at the back of The Runner) published online at the Near To The Knuckle website. Shortly after that, NTTK announced they would start publishing novellas. I got to thinking of ideas and realised I had some ready-made characters from The Straightener. An Eye For An Eye was published and got some pretty good reviews, and one thing I noticed in the reviews – particularly from Tom Leins and Paul D Brazill – was that they were hoping to see more from these characters, to find out what happened next. Well, that got me thinking again. I had an idea for a standalone novella called The Runner, but I was struggling to find a real hook for it. When i reimagined it as a prequel/companion to Eye, the pieces started to fall into place. While writing The Runner I planned the sequel to Eye proper, Violent By Design.

DJ: Could you briefly tell us a little about your main characters? Do they have any cool quirks or habits, or any reason why readers with sympathize with them

Paul: Graeme was in a relationship with Tony’s mother when Tony was young, and acted (and acts) as a kind of surrogate father-figure for Tony, looking out for him and getting him work, always taking care of him, even if sometimes that work hasn’t always been safe (Tony’s a bouncer). Tony, in turn, looks up to Graeme and admires him, but at the same time is driven to be his own man and do his own thing. The impression I’ve got from people most is that they enjoy the relationship between Graeme and Tony and the bond they have.

DJ: What is the world and setting of the the Eye for an Eye series like?

Paul: The Eye For An Eye series is set in Newcastle Upon Tyne in the north east of England (which will be most familiar to people from Get Carter, Stormy Monday, and the labels wrapped around bottles of Newcastle Brown Ale). Parts of it also occur in the coastal Northumberland town of Amble. It’s a brutal, violent world, where the men and women alike are prepared to use their fists at a moment’s notice, as well as anything else that comes to hand.

DJ: What was your favorite part about writing Violent by Design?

Paul: Violent By Design is a total bloodbath, it’s worth getting that out there right now. I had a lot of fun writing the violent scenes, but also in revisiting these characters and seeing where they were at now, what they were getting up to, how they had changed as people and what their relationships are like with each other one year down the line.

Paul: The ending gets particularly bloody, and that’s even with everything that comes before! I think that’s what’s going to stick with people most.

DJ: Did you have a goal when you began writing The Eye For An Eye series? Was there a particular message or meaning you are hoping to get across when readers finish it? Or is there perhaps a certain theme to the story?

Paul: I never set out to write a series! My original plan was for The Straightener to be a one and done short story, then for An Eye For An Eye to be a one and done standalone novella. The encouragement of the reviews, and people’s interest in finding out what happened next inspired me to write. With that in mind, the only thing I really want is for people to enjoy what they read.

Paul: I always outline my stories, and I think Violent By Design is the story I’ve most changed on the fly while I was writing it. There are some things happen to characters that I didn’t intend, and surprised myself with, but felt necessary.

DJ: Now that Violent by Design is released, what is next for you?

Paul: I don’t have a release date for it yet, but my next book is due with All Due Respect early in 2019, called Guillotine. It’s about a hitman, and a young lady looking to escape the grasp of her tyrannical father. Other than that, I’ve got a few new things I’m working on so hopefully they’ll be out soon too.

After a raid on one of Neil Doyle’s drug houses, his new right hand man Jimmy Finlay is determined to keep the news quiet from Neil and to deal with things himself. The person responsible, however, is not someone that can be dealt with quickly. He’s a dangerous man with a bad reputation. Things are primed to get bloody in Newcastle, and that’s the last thing Neil needs as he works on the unveiling of his brand new nightclub.

If Jimmy can’t get things under control, Neil’s going to have to turn to one of his firm’s old hands, Graeme Taylor. Trouble is, no one has seen or heard from Graeme in close to a year, save for his surrogate son Tracksuit Tony Gordon, and he’s not in any rush to give him away.

But there’s only one way things can with men this violent by design. 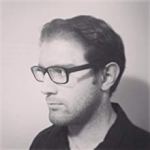 Paul Heatley lives in the north east of England. His short stories have appeared online and in print for publications such as Thuglit, Horror Sleaze Trash, Spelk, Near to the Knuckle, Shotgun Honey,the Pink Factory, and the Flash Fiction Offensive, among others. He also contributes music reviews to R2 magazine, sometimes.

His fiction is dark and bleak, populated with misfits and losers on a hellbound descent, often eschewing genre and geography to create a nightmarish vision of a harsh and uncaring world.

His books The Motel Whore, The Vampire, and The Boy form a very loose trilogy all set in the same nameless town and featuring recurring characters.