2 Comments
By DJ (@MyLifeMyBooksMyEscape) From DJ to MD

From DJ to MD: Still Not Done Yet

I know, I know. Should’t I been done with whole med school thing by now? Well, it sure as heck feel like it XD Technically, I should be in the process of studying for my STEP exam right now, but there was a bit of detour in my path to a white coat this fall.

You probably noticed that right about the end of October/November, content on my blog started to slow down drastically, and came to a complete halt in for a week in December. This is because I was supposed to finish my 2nd year of med school at the start of December, and for the rest of December until mid-March, I was going to be in intense STEP-prep mode. As much as I love this blog, I did not want any distractions from studying so I had planned on temporarily stepping away from the blog starting in December until after the STEP in March. That all took a turn during the middle of the year.

Long story short, someone in my family has a serious health scare (they are alive and well and 100% now though, don’t worry), but during the term, it was difficult for me to balance my responsibility of studying for med school, while at the same time trying to care of matters back in America (those that don’t know, I go to school in Caribbean). Due to this event and some others, I could not handle a full workload, so instead of taking 3 classes, mid-way though the term, I paused one of those classes (Pharmacology) and only completed the other two (ICM & Pathophysiology).

I am currently back on the island, one more time, to complete the rest of that Pharmacology course that I paused during last Fall. But there are worse placed to be stuck for another 4 months than a Caribbean island 😉

Here was basically how my schedule went last Fall 2018: 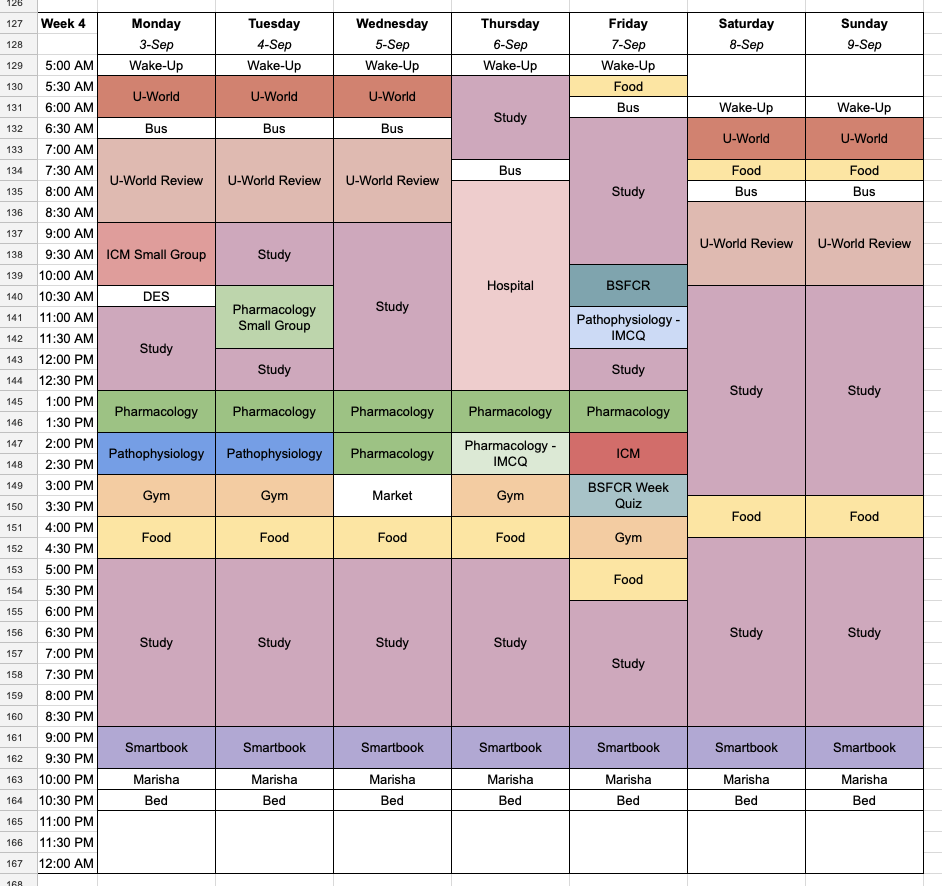 And here is general outline for me this year in 2019:

Every thing will precede as normal for Jan-April. Things were a bit slow for January and February because I was late in December to sending out request emails, but come March, I should be back up to 3-5 interview per week 🙂

I will be finish this term in middle May, and will be taking the STEP somewhere in late July / early August – depending on how the studied. This means that from May to August/September, the blog will go silent.

But don’t worry! I will be back after that 2 major changes!

As much as I love the name and still think it is pretty creative (read a essay I wrote about it before), it is quite long, difficult to say, and doesn’t give much of a hint as to what the blog is about… In other words “MyLifeMyBooksMyEscape” is not as catching a blog name to put in a SF/F press release or jacket covers as some other blogs whose name make it very apparent that they are book reviewers or book blogger or readers/fans of a certain genre.

I’m not going to tell you what it will be called yet (don’t want anyone stealing my idea!) but I have a few names floating around 😉

That’s right. You heard me. And soon, you will hear me! (Ba Dum Tss!) I love having conversations, and meeting and talking with new people, and there are honestly way more questions that I want to ask during my written interviews, but they are already much much longer that most others out there and writing response can take quite a while.

My goal is take the questions that I have been using, as well as several new questions and topics that I have wanted to talked about, and change that into an audio conversation for readers and fans to listen to. The idea is that I will be able to learn more about the author and more about their book; it will be more time effective for authors, I hope (under the assumption a 30 min convo will be quicker than having to type out answers); may even be easier to for readers/fan to absorb, and I’ll be able to reach a wider audience.

Also, I have talked and had conversation with several dozens authors over the years in person at signing and conventions, and have done a couple audio interviews (where I then had to annotate the whole interview afterwards and oh mighty Zeus did I hate that), and it is an extremely more enjoyable experience for myself, and as I’ve stated before, I’m able to cover more topics and go in depth.

Another reason is because I will be starting clinical, and I would so rather only have to one or two 20-30 min conversations a week, instead of having to put together 15-20 interviews by hand each month LOL

So, I will tentatively be giving the podcast a go!

Realistically, I would like this to be around early 2020. This would give me time to get adjusted to clinical life of years 3 and 4, and also give me time to do more in-depth research about tech and specifics about podcast.

I was extremely fortunate to be asked to help out with Boskone 56 and was a member the committee this year! Naturally I was put on the interview team (I mean, where else would I go) XD

Tell you people what, because I am simply too lazy right now to dig through my phone, after I take that BIG STEP exam, I will make a WHOLE post, dedicated solely to the pictures of the island 🙂

Before I go, I sincerely want to thank all of you so very much for staying with my blog… Despite how little time I have to interact with everyone, you all are still liking and sharing and even commenting from time to time (even though I don’t have to time do the same for yours)  🙂

2 thoughts on “From DJ to MD: Still Not Done Yet”