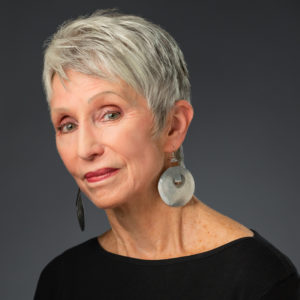 Today I am interviewing Louisa Morgan, author of the new fantasy novel, The Age of Witches.

DJ: Hi Louisa! Thanks for agreeing to do this interview!

Louisa Morgan: Hi, DJ, and thank you so much for inviting me. I’m a former classical singer, which is probably the most curious fact about me. I’m also a mother, a wife, a devoted yogini, and an equally devoted dog lover. My current dog (who I also think of as my spirit familiar) is a handful of a Border Terrier called Oscar. There are pictures of him on my website–he’s the cutest one of the family.

DJ: What is The Age of Witches about? 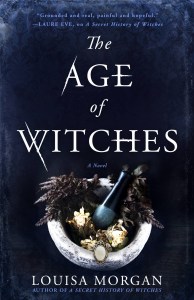 Louisa: This is always a hard question to answer concisely, because as the author, it’s about so very many things! This novel is set in the Gilded Age, in 1890. It’s about three women with abilities which they use, with varying degrees of success, to try to free themselves from the pre-ordained roles of women of their day. It’s also about a very sweet, very gentle man whose life is as proscribed as those of the female characters. In addition, there’s a hefty dose of herbalism as well as horsemanship (horsewomanship) and a good bit of cultural critique.

DJ: What were some of your influences for The Age of Witches?

Louisa: As a Downton Abbey devotee, I became fascinated by the wealthy American girls who were more or less sold off to obtain noble titles. It’s a complex and rather strange history, and I was deeply interested in what became of these girls after the grand marriages and the handover of the dowry. I’m always interested in horses, and herbalism as well, so that came naturally for me. And witches–well. I’m into all things magical. END_OF_DOCUMENT_TOKEN_TO_BE_REPLACED 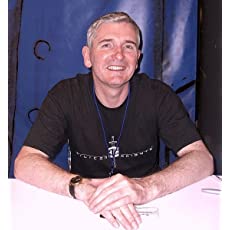 Today I am interviewing M.R. Carey, author of the new science-fiction novel, The Book of Koli, first book in the Rampart trilogy.

DJ: Hi M.R.! Thanks for agreeing to do this interview!

M.R. Carey: For sure. I’ve been writing my whole life, but I only started doing it as an actual career back in 2000. Before that it was a hobby, and my day job was teaching English at post-16 and adult education levels.

I started out writing exclusively comic books, because that was where I got my break, but I gradually branched out from there into other forms of writing – novels and short stories, then screenwriting, radio, console games… The last two don’t appear on my resume because I didn’t get on with them all that well.

I always write in genre. My comfort zone stretches from horror through dark fantasy into science fiction. Even when I write comedy, which is very occasionally, there’s always a fantasy element. I have no interest whatsoever in writing what has come to be called literary fiction.

DJ: What is The Book of Koli about? 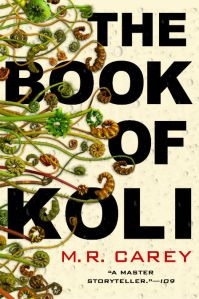 M.R.: It’s a post-apocalyptic narrative, set a few centuries in the future. Our current world-spanning civilisation has fallen apart for many different reasons. There was resource depletion, which caused resource wars. There was a catastrophic decline in biodiversity. The climate broke down, in spite of our best efforts – and throwing science at the problem mostly made things worse. In trying to make plant species hardier and more resilient, we’ve created forests of killer trees that trap and feed on anything that moves.

As a result of all these crises, the human population has spectacularly declined. The survivors live in small, isolated communities – so small that they’re probably not even genetically viable in the longer term. The level of technology has gone back to something close to a medieval level – except for a few precious pieces of tech salvaged from the old times. The people who wield this tech are known as Ramparts, and the protagonist of the book, Koli Woodsmith, desperately wants to become one. But it’s very much a case of “be careful what you wish for…” END_OF_DOCUMENT_TOKEN_TO_BE_REPLACED 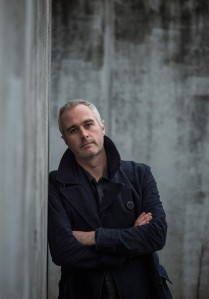 Today I am interviewing Adrian J. Walker, author of the new science-fiction novel, The Human Son.

DJ: Hi Adrian! Thanks for agreeing to do this interview!

Adrian J. Walker: Hi, DJ, thanks for having me! I’m a writer of speculative fiction, British, mid-forties, married with two kids, a dog and two cats. We’ve moved about quite a bit – London, Edinburgh, France, Houston – but we’ve settled in a beautiful part of Aberdeenshire, Scotland. The Human Son is my seventh book, and people might know me from my second, The End of the World Running Club.

DJ: What is The Human Son about? 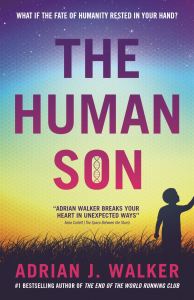 Adrian: The Human Son is set 500 years in the future on a utopian earth populated by the erta, a small population of beings genetically engineered by humans to fix climate change. Super-intelligent and free from the fears, desires and self-interests of their creators, the erta succeed, but only by first removing one crucial element from the equation — us.

The story is about how they decide whether or not to resurrect humanity, and this they do by experiment. To gather the data they need, a quiet and clinical atmospheric chemist named Ima (our hero) volunteers to raise a single human child as her own. And as every parent will know, this leads to unexpected results.

DJ: What were some of your influences for The Human Son?

Adrian: I read a lot of non-fiction in the months before I began writing. Sapiens and Homo Deus by Noah Yuval Harari, for example, gave me the idea for the erta – this kind of perfect development of humanity without all its flaws and with some interesting modifications. The Storms of my Grandchildren by James Hansen and Conscious by Annaka Harris also made an impact on me.

When I’m writing, a lot of my influence comes from music. My soundtrack during The Human Son was a rotation of tracks by artists like A Winged Victory for the Sullen, Eluvium, and Hammock – dark drones and expansive planes of sound to help me build the erta’s strange utopia.

Although that’s not to say the book is dark, by any stretch. There’s a lot of hope and humour in there, most of which comes from Ima’s ever-changing voice.  END_OF_DOCUMENT_TOKEN_TO_BE_REPLACED 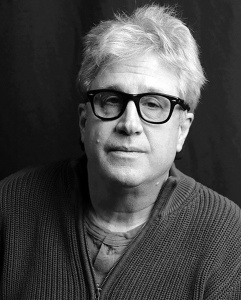 DJ: Hey Michael! Thanks for agreeing to do this interview!

Michael: I’ve been around for a while, starting in the mid-1980s, when I was a ground-floor member of the DRAGONLANCE team.  I wrote the songs for the original Weis/Hickman books in the series, and contributed several novels to the series.  Later on, I published a trilogy for Time/Warner Books, and then a pair of novels, Arcady and Allamanda, released by ROC in the U.S. and Hodder & Stoughton in the U.K.  Arcady received some very favorable notice, being long-listed for the Locus Awards.

DJ: What is the City Quartet about?

Michael: The City Quartet are four novels, mythic and magical realist (I call the blend “mythical realism”) set in a city that is and is not Louisville, Kentucky. My fictional Louisville is both historical and imaginal, the streets often identifiable as the real, geographical city, but underlaid with magical pockets and side streets, with neighborhoods transformed by myth and mythological patterns.  Four separate stories, one for each novel: a coming-of-age story with ghosts (Trajan’s Arch); a Greek tragedy that the ancient gods revisit (Vine: An Urban Legend); a haunted film festival with a nightmarish, historical secret (Dominic’s Ghosts); a biography of a homeless man who becomes a mythical creature (Tattered Men).  When you read one novel, you follow its principal plot, but the plots of the other novels brush against your vision: you will see an important scene from another book play out as secondary to the story you’re in, and major characters in one book will be minor or even cameo characters in another.  The books stand on their own, but are interwoven across space and time, so that you don’t have to read them in a specific order, and you can enter the world of the quartet through any of them. END_OF_DOCUMENT_TOKEN_TO_BE_REPLACED