Excerpt and Giveaway: The Bloodbound Trilogy by Erin Lindsey

Erin Lindsey is on a quest to write the perfect summer vacation novel, with just the right blend of action, heartbreak, and triumph. The Bloodbound series is her first effort. She divides her time between Brookyn, NY and Calgary, Alberta. She also writes fantasy mysteries as E.L. Tettensor.

*The pubsliher was kind enough to provide one (1) set of the entire Bloodbound trilogy by Erin Lindsey, to go along with this except! That’s all three (3) books!!!! The link and details for the giveaway are located at the bottom of the post, following the interview

END_OF_DOCUMENT_TOKEN_TO_BE_REPLACED

Excerpt and Giveaway: A Star-Reckoner’s Lot by Darrell Drake 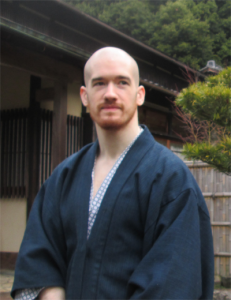 Darrell Drake has published four books, with A Star-Reckoner’s Lot being the latest. He often finds himself inspired by his research to take on new hobbies. Birdwatching, archery, stargazing, and a heightened interest in history have all become a welcome part of his life thanks to this habit.

There comes a time in every child’s life when even the disappointed stare of a much-loved, much-respected father is not enough to smother the stupidity of youth. This was Ashtadukht’s time.

She’d wandered off some time prior, her brother reluctantly in tow, as she was wont to do. It had occurred to her that doing so during a royal hunt would be dangerous; it had also occurred to her that it’d be thrilling. Caution had lost that battle, squashed beneath the tenacious curiosity of childhood.

So it was that this day found the siblings mired in an especially precarious situation, one of the sort that threatened the course of history.

“I think we’re lost,” said Ashtadukht. She gripped her brother’s arm and leaned into him. Having an illness that made physical exertion bothersome on the best of days never really stopped her. If anything, it only made her more intent on finding trouble—to challenge her handicap and overcome it. And the presence of her brother meant she benefitted from the reassurance of his carrying her back if she overexerted herself, as he’d done many times in the past.

“We are not lost,” contested Gushnasp. He accepted her weight without realizing it; it’d become second nature for the boy. “We are right where you want us to be. You are not fooling anyone.” He’d been dragged on these adventures often enough to know her aim, and more than anything it irritated him that she persisted in her lie. It was insulting. He wasn’t dull, and he didn’t need convincing to take care of his little sister. “You are—”

“Oh!”
“What?”
“Shhh! There’s something up ahead.” Ashtadukht hunkered down behind an old yew

and peered around, eyes gleaming with excitement. A feeling had led her to this spot, had expressed in what were unspoken but very clear words that she wanted to be here. The why never mattered; she never even bothered asking herself why.

Because he wanted to indulge her, and because he was the more circumspect of the pair, Gushnasp followed suit and squatted behind the trunk.

The thicket they’d been exploring gave way to a small clearing just ahead. The far edge was lined with low-hanging branches and dense shrubbery that stirred in the wake of some hoarsely grunting creature. Ashtadukht leaned forward. Her brother’s hand came to rest gently but firmly on her shoulder, a preemptory tether.

Out charged what Ashtadukht believed to be the largest boar anyone had ever seen, raking at the earth and shaking its head. The beast had shoulders higher than Gushnasp,