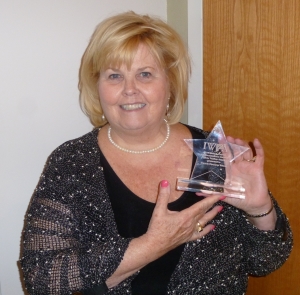 Today I am interviewing Connie Corcoran Wilson, author of the paranormal-thriller series, The Color of Evil, whose first three books are currently being released as a box set.

DJ: Hey Connie! Thanks for agreeing to do this interview!

Connie Corcoran Wilson: I am a graduate of the University of Iowa who has also attended Berkeley, NIU, WIU and the University of Chicago. I’ve taught writing at 6 IA/IL colleges and taught from 1969 to 1985 before going to work writing a book for Performance Learning Systems, Inc. (“Training the Teacher As A Champion” published in 1989). I founded 2 businesses in Bettendorf, Iowa (Sylvan Learning Center #3301 and a Prometric Testing Center) and, when I sold them in 2003, I began writing “long.” I have always written “short” (i.e., newspapers and blogs), since I was 11 years old. I’ve now published about 35 books or contributions to anthologies by other publishers and began self-publishing more in the last few years. I also am married, have 2 grown children (Scott and Stacey) and move between the Quad Cities of Illinois, Chicago and Austin, Texas, where I will be covering film festivals for www.TheMovieBlog.com, www.Quadcities.com and www.WeeklyWilson.com from now until November 3rd.

DJ: What is The Color of Evil series about? 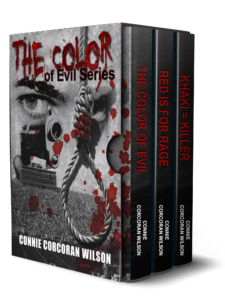 CW:  As the Amazon lead-in says, “In the 3 novels that comprise THE COLOR OF EVIL SERIES, we follow the adventures of Tad McGreevy, the young boy who can see auras around others and, from this, dreams of the crimes of the evil-doers in vivid nightmares. We take Tad and his best friend Stevie Scranton and their high school friends through their junior and senior years of high school, when evil stalks the land and Pogo, the Killer Clown, terrorizes the small Midwestern town of Cedar Falls, Iowa.

DJ: What were some of your influences for The Color of Evil series?

CW:  I am most often compared to Stephen King, Philip K. Dick and Dean Koontz—although I protest that what happens in my books could REALLY happen. It’s good company to be in, so I won’t deny their influence. I was probably influenced by early TV shows like “Twilight Zone,” “Thriller” and the like. END_OF_DOCUMENT_TOKEN_TO_BE_REPLACED