Today I am interviewing Auston Habershaw, author of the new epic fantasy novel, The Far Far Better Thing, final book in the Saga of the Redeemed series.

DJ: Hi Auston! Thanks for agreeing to do this interview!

Auston Habershaw: Hi, Thanks for having me! I’m an author by night, college professor by day. I’ve been writing professionally for about ten years now and have published about 16-17 short stories (in places like Analog, F&SF, Galaxy’s Edge, and others) and four novels. I also won the Writers of the Future Award in 2015. I live in Boston, Massachusetts with my wife, three lovely children, two cats, and a dog.

DJ: What is The Far Far Better Thing and then the Saga of the Redeemed series about?

Auston: The Far Far Better Thing is the culmination of the main character’s journey from cynical, selfish villain to…well…something else. As the title of the series probably indicates, this is a redemption story. Tyvian Reldamar begins the series as a smuggler, criminal mastermind, and vicious duelist, but has a ring placed on his finger that forbids him from doing evil things. This sets him off on a path fraught with danger and derring-do as he tries to have the ring removed and get his own life back, but in the process sees his life (and his nature) fundamentally changed. All this occurs as he is both master and pawn in a vast conspiracy that will change the nature of the entire world around him, involving revolutions, wars, magical cataclysms, and an awful lot of cool swordfights.

DJ: What were some of your influences for the Saga of the Redeemed series?

Auston: I have always, always loved antiheroes–the people who have no business (or even intention) of saving the day, but do anyway. I love to watch the character change and see that nascent conscience growing inside them. This probably all starts with Han Solo, honestly, but includes characters like Mad Martigan, Long John Silver, and, hell, even Shrek. There are so many.

Beyond that, I love plots and counter-plots and intricate world-building. Robert Jordan was a huge influence growing up, as was George RR Martin (first read it in the 90s, people!) and Raymond E Feist and Frank Herbert. I like to think I channel some of that into Tyvian’s world.    END_OF_DOCUMENT_TOKEN_TO_BE_REPLACED 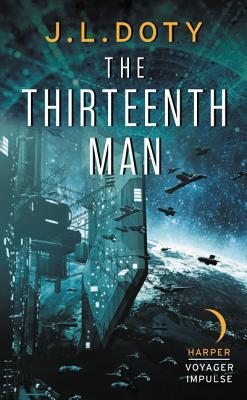 From the author of The Treasons Cycle, The Gods Within, and The Dead Among Us series comes a stand-alone science fiction novel for fans of David Weber, B.V. Larson, Lois McMaster Bujold, and more!

When Commander Charlie Cass, the bastard son of the Duke de Maris, returns from five years in a squalid Syndonese POW camp, he finds that little has changed in the Realm. As always, the King and the nine Dukes are conspiring against each other, but now some of them are plotting with Charlie’s old enemy—and as interstellar war looms, they certainly don’t need Charlie Cass messing up their delicate plans. Unfortunately for them, that’s what he’s best at.

Spanning the galaxy, The Thirteenth Man blends the best traditions of space opera and military sci-fi into a non-stop adventure that’s as much Patrick O’Brien as it is John Scalzi.

END_OF_DOCUMENT_TOKEN_TO_BE_REPLACED 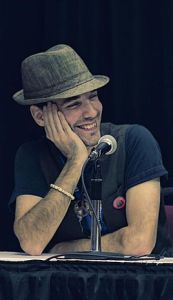 Today I am interviewing Davila LeBlanc, author of the new science-fiction novel, Syndicate’s Pawn: A Tale of the Jinxed Thirteenth.

DJ: Hey Davila Thanks for stopping by to do this interview!

DaVila LeBlanc: Well first of all thank you so much for having me here in the digital office. As for a bit about myself, I’m a HUGE science-fiction and fantasy buff. I’ve been writing since I learned the alphabet it would seem. I’ve always loved telling stories. I’m an avid role-player, where many of my story ideas come from. I’m also a sword master, so I feel I’m pretty ready for the zombie-apocalypse and woefully underprepared for the robot uprising. That is unless they are planning on giving us a fighting chance.

DJ: What is Syndicate’s Pawn about? I believe it is actually a follow up to you previous novel, Dark Transmissions, but it can be read as a stand-alone?

DaV: Syndicate’s Pawns is best described as Die Hard in space. We have a crew of clever criminals trying to board and take over the Jinxed Thirteenth, which happens to be crippled from the events of the previous book. In that respect it is a direct follow-up to Dark Transmissions. I feel like it can be read as a stand-alone, mainly because it involves the same cast only a different mission. My goal with the Jinxed Thirteenth series has been to create a sort of “episodic” feel to it, in which the characters grow, but also where the readers can just hop in whenever they feel like it. END_OF_DOCUMENT_TOKEN_TO_BE_REPLACED 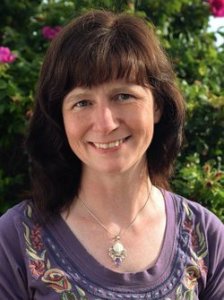 Today I am interviewing Kelley Grant, author of the fantasy novel, The World Weavers, third book and final book of the Desert Rising series.

DJ: Hey Kelley! Thanks for stopping by to do this interview!

Kelley Grant: Thanks for having me! I’ve written the Desert Rising Trilogy and two unpublished novels. I also teach yoga and meditation. I grew up in the hills around Amish country and am most comfortable out in nature – hiking, gardening or meditating by our little creek. I’m owned by five cats and a dog.

DJ: What is The World Weavers about? What can readers of the series expect in the latest installment? Anything new? Any surprises?

KG: World Weavers starts with war beginning between the two Territories. Sulis and Kadar learn what sacrifices they must make to weave the world back to wholeness before the angry deities destroy everything they love. There are several familiar characters who now get viewpoints in World Weavers. Kadar grows into his powers in this novel, rather than being eclipsed by his more outgoing twin. Sadly, it is war and some of the characters don’t make it to the end.  END_OF_DOCUMENT_TOKEN_TO_BE_REPLACED