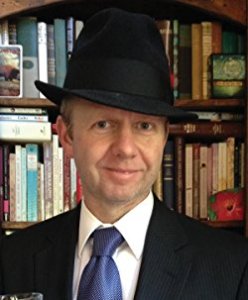 DJ: Hey Alistair! Thanks for agreeing to do this interview!

Alistair Kimble: I’m an FBI Special Agent and former U.S. Navy enlisted aircrewman who loves to write fiction. I’m currently assigned to the Denver, Colorado field office where I work national security matters as well as process crime scenes as a member of the Evidence Response Team. My first exposure to science fiction and fantasy was when my great-grandmother would babysit me and watch Kolchak: The Night Stalker, so I’ve been a fan since the mid-1970s!

DJ: What is Iron Angels about? 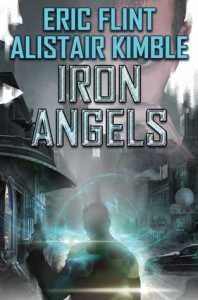 Alistair: Iron Angels is an urban fantasy detective novel where a group of outcast FBI agents battle a cult intent on extracting supernatural powers from another world. It begins with a bizarre kidnapping case that leads FBI Special Agent Jasper Wilde into the mysterious world of a strange religious cult and even stranger criminals.

DJ: What were some of your influences for Iron Angels?

Alistair: As Iron Angels utilizes the FBI as its investigative agency, I couldn’t help but be influenced by The X-Files, as well as so many science fiction and fantasy films from my childhood and teenage years way back in the ’70s and ’80s. But there’s also a heavy dose of the classic hardboiled detective mixed with the banter of buddy cop films. END_OF_DOCUMENT_TOKEN_TO_BE_REPLACED