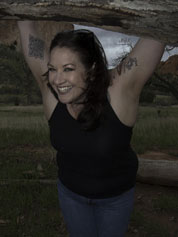 Today I am interviewing K.B. Wagers, author of the new science-fiction novel, There Before the Chaos, first book in the Farian War trilogy.

DJ: Hi K.B.! Thanks for agreeing to do this interview!

K.B. Wagers: Thanks for having me, DJ! I’m a science fiction author living in Colorado. My first trilogy the Indranan War came out in 2016-2017. I’ve got four very strange cats, a house that’s way too big for just my partner and me, and more books than I know what to do with even after downsizing them. I’m a minimalist and photographer who loves macro photography especially.

DJ: What is There Before the Chaos about? 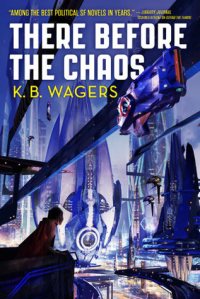 K.B.: There Before the Chaos is about gunrunner turned empress Hail Bristol’s attempt to stop a pair of technologically advanced alien races from going to war with each other in humanity’s backyard. She’s fresh off a victory in a civil war that threatened her empire, has just signed a peace treaty with a neighboring government, and is settling into her new role as empress when things go sideways. The aliens specifically request her help with the negotiations, which is a tall order, but if anyone’s up to the challenge, it’s our recently crowned empress.

DJ: What were some of your influences There Before the Chaos and the series?

K.B.: Anything and everything? *laughs* I do a lot of binge watching/reading between books because I don’t tend to take in a lot of outside media while I’m working, so honestly stuff blurs together so much it’s hard to remember what, if anything, has directly influenced a book.

END_OF_DOCUMENT_TOKEN_TO_BE_REPLACED 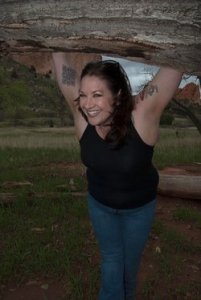 Today I am interviewing K.B. Wagers, debut author of the new science fiction novel, Behind the Throne, first book in the Indranan War trilogy.

DJ: Hey K.B! Thanks for stopping by to do this interview!

I am a tragically unhip, tattooed Coloradoan, who’s owned by four cats. I have a degree in Russian studies from CU Boulder that seems to impress my potential employers and means I can talk about how much I dislike Tolstoy until people’s eyes cross. I like weightlifting and whiskey, and I am terrified of heights.

DJ: What were some of your influences for Behind the Throne and the Indranan War trilogy?

KBW: I’d love to claim that Star Wars played an influential role, but really if it did it was all subconsciously. *laughs* Instead the two major Sanskrit epics from ancient India—the Mahabharata and the Raymayana—were influential factors as well as a movie called Seven Days in May from 1964. I was also putting the finishing touches on it when Mad Max: Fury Road came out and I think that ended up having an impact on the final pace of the book. END_OF_DOCUMENT_TOKEN_TO_BE_REPLACED