Today I am interviewing David Boop, editor of the new anthology, Straight Outta Tombstone. He’s also the author of the sc-fi/noir novel, “She Murdered Me with Science” from WordFire Press and co-author of the bestselling Kindle Worlds title, “Veronica Mars: Fast Times at Neptune High.” Additionally, David worked on the upcoming Flash Gordon RPG for Savage Worlds.

DJ: Hey David! Thanks for stopping by to do this interview!

David Boop: Thanks, DJ. Ironically, both my ex-wife and my son have the initials DJ, and I was a DJ in the 80s and 90s. LOL! SO, I was the man of a thousand jobs. I was restless through my youth and my recessed adulthood, switching jobs working three jobs at a time, then switching them for other jobs. I’ve been a DJ, an actor, a film critic, a store manager (books, videos, video games, comics, movie theaters… the list goes on,) a Beetlejuice impersonator, a journalist, an Editor-in-Chief, a steam spa salesman, a mapmaker, a mock juror, a night stalk—stocker.

I always wanted to do something creative. I thought it would be in film, but after two failed attempts at short films (both available on YouTube,) I finally found my calling as a fiction writer. I’d been a geek/nerd/dork since before I knew what it was. But I really Came into my own, like much of my generation, with Star Wars and the obsession that followed.

DJ: What is Straight Outta Tombstone about?

David: It’s a collection of weird western tales written by 14 of today’s hottest authors. I have eight bestselling scribes that have been, at some point, mentors of mine, and then I pulled the rest from the best of the best of my peers. They all gave me amazing stories, many set in their most famous worlds, like Monster Hunter International, Dresden Files, Dan Shamble and the like.

DJ: What were some of the inspirations behind Straight Outta Tombstone?

David: I have been writing weird westerns for over ten years and I wanted to eventually leave my brand on the genre as an editor. I started collecting authors who I thought had something to say about the old west, and I got lucky with the people who said yes.

If we’re talking theme, what I wanted were the original gangsters, much as the title implies. I wanted drive-by carriage shootings, gray justice, people rising against all odds to face enormous odds, and then I wanted to add aliens, demons, and dinosaurs, because really, what story isn’t made better with those things? END_OF_DOCUMENT_TOKEN_TO_BE_REPLACED 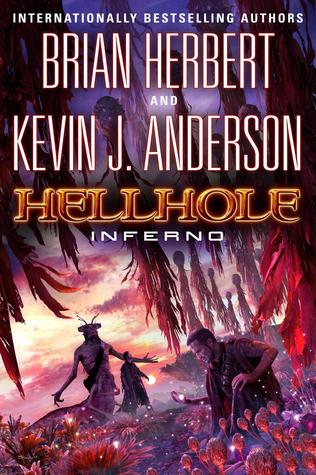 A predictable, but good and satisfying ending to a trilogy that was, unfortunately  a disappointment.
END_OF_DOCUMENT_TOKEN_TO_BE_REPLACED 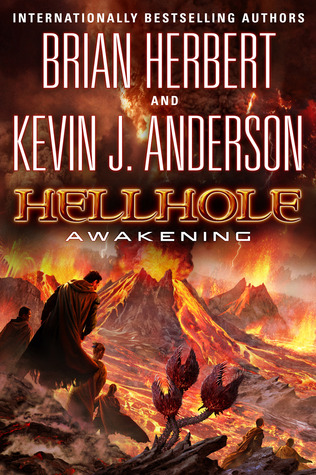 More aliens, political scheming, plot twists, and even a bit of space battles this time… but it still felt the same as book 1. END_OF_DOCUMENT_TOKEN_TO_BE_REPLACED 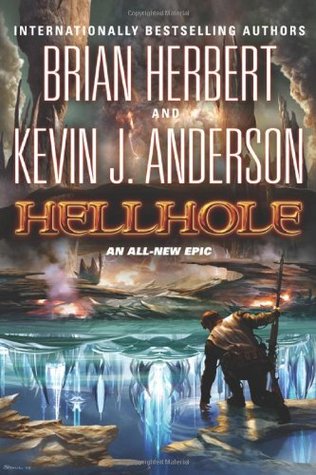 END_OF_DOCUMENT_TOKEN_TO_BE_REPLACED

My Next Escape: The Hellhole Trilogy by Brian Herbert and Kevin J. Anderson

Why I’m Reading It:

Christmas is coming up, so what better to read than book based will ‘hell’ in the title! Just kidding! Don’t worry ;p. Originally I had intended on reading
END_OF_DOCUMENT_TOKEN_TO_BE_REPLACED