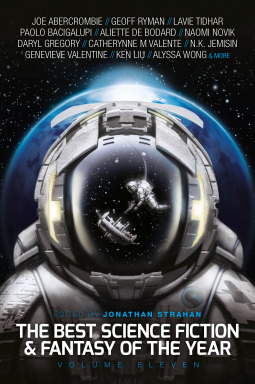 A Salvaging of Ghosts (The Best Science Fiction & Fantasy of the Year: Volume 11) by Aliette de Bodard 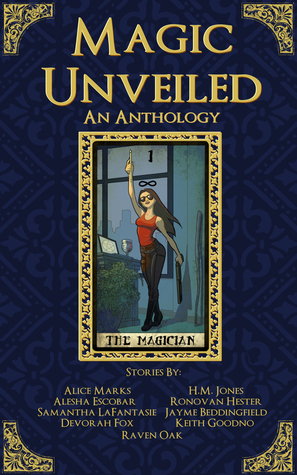 There is Another World Alongside Ours. We Dare You to Step Into It…

Miranda had been making wishes all her life–and they’ve been coming true. From a boyfriend, to a prom dress, even to having a baby boy and girl, her wishing has never failed her. Some took more time than others, but they always came her way.

Until one day, a friend who picks up on it wants her to wish for a million dollars. And then a neighbor comes with another request. Miranda soon realizes that the power to make wishes come true can be less of a blessing and more of a curse.

Justin is a practical guy. He doesn’t believe in life after death–or he might, after stumbling into a tattoo shop owned by Gypsum Jane. Her subtle magic drops the veil between our world and another, giving him one last emotional goodbye with his mother’s ghost.

From police detectives chasing the supernatural and uncovering a frightening world, to mythical gods walking among us and trying not to fade out of existence, Magic Unveiled has a stunning collection of magical realism and paranormal fantasy tales that will keep you reading all night.

To celebrate the upcoming release of Magic Unveiled, we’re sponsoring a giveaway! The prize is a Kindle Fire HD tablet!!!