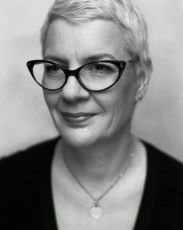 Today I am interviewing Nik Abnett, author of the new science-fiction novel, Savant.

DJ: Hey Nik! Thanks for stopping by to do this interview!

Nik Abnett: Hi, and thank you for having me.
Some readers will know my work for the Black Library on Warhammer and Warhammer 40K. I’ve also collaborated with my husband, the writer Dan Abnett, on a couple of Lara Croft, Tomb Raider novels and on Fiefdom for Rebellion, which was a tie-in novel to the Kingdom comic strip in 2000AD. I also write short stories for anyone who asks, and I contributed the backmatter for the acclaimed comic book Wild’s End by Dan Abnett and INJ Culbard. I’ve been writing, editing and proof-reading tie-in fiction for almost twenty years, so, with Savant I wanted to branch out and do something very different, and more personal.

DJ: What is Savant about? 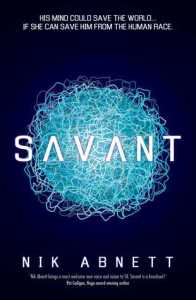 Nik: This really ought to be the simplest question in the World, but it’s the one I always struggle with most. Here goes: Savant is about a symbiotic relationship between two people, against the backdrop of a controlling state in the middle of a global crisis.

DJ: What were some of your influences for Savant?

Nik: Influences come from all over the place. I like twentieth century SF, including 80s movies, but I think the inspiration for Savant came from other things, too. I was influenced by ideas around Autism and parenting. And, to some degree, this is also a political novel; thematically, I thought a lot about the rights of the individual and how much the state can, and does, interfere in peoples’ lives.

Nik: My main characters work very much as a pair, and they are opposites in many ways. Active Tobe is all about thinking, he’s a savant/mathematician, and he’s all quirks and habits. Metoo, Tobe’s carer, is all about feeling, making sure that all the routines and coping strategies are in place so that Tobe can do his job. I think both characters are compelling, because they are two sides of all of us, but polarized. END_OF_DOCUMENT_TOKEN_TO_BE_REPLACED