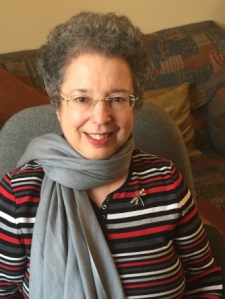 Today I am interviewing Sandra Unerman, author of the new fantasy novel, Spellhaven.

DJ: Hey Sandra! Thanks for agreeing to do this interview!

Sandra Underman: Thank you for asking me. I live in London, in the UK. Until a few years ago, I had a career as a Government lawyer. I’d been trying to write fantasy fiction for many years but my output had been very small. When I retired, one of my ambitions was to work seriously at my writing. So I undertook an MA in Creative Writing and have since had a number of short stories published, as well as Spellhaven. I am a member of the British Science Fiction Association and the British Fantasy Society, as well as the London Clockhouse Writers’ Group. My interests include folklore and history.

DJ: What is Spellhaven about? 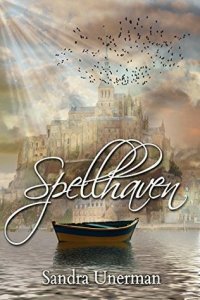 Sandra: It begins in England, just before the outbreak of the First World War. Jane, a young musician, is kidnapped and sent to Spellhaven, an island city ruled by magicians. Her music is wanted to help entertain the Unseen Spirits, who must be kept in good humour to maintain the peace and prosperity of the city. Jane is offered a contract for three years to play music for her kidnapper, Lucian, but she refuses to co-operate. She agrees instead to undertake an apprenticeship with another magician lord, provided she is taught magic in return. Her rivalry with Lucian and her struggles to learn magic lead her into conflicts which shake the city to its foundations.

DJ: What were some of your influences for Spellhaven?

Sandra: A great mixture. I’d been reading a lot about the history of theatre and ballet in England and Russia and I’m sure that went into the idea of the Unseen Spirits and the shows, including puppet shows, which fill the life of Spellhaven. Medieval legends about the sea and about the heroes who lived in the gaps of history have also caught my imagination over many years. I have a book called The Lost Literature of Medieval England by R.M. Wilson, which is full of fascinating hints. So far as fantasy writers are concerned, some of my favourites are Tolkien, T.H. White, Patricia McKillip, Frances Hardinge, Susanna Clarke and Ellen Kushner but I don’t set out to write like any of them. END_OF_DOCUMENT_TOKEN_TO_BE_REPLACED