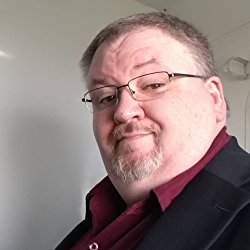 Today I am interviewing Bobby Nash, author of the new mystery-thriller, Snow Drive, third book in the Snow series.

DJ: Hey Bobby! Thanks for agreeing to do this interview!

Bobby Nash: My pleasure, DJ. Thanks for having me. I have been a published author since 1992 of comic books and my first novel came out in 2005. I have been writing steadily since then. I write novels, comic books, short stories, graphic novels, and a screenplay here and there. You can see my full list of work at www.bobbynash.com. My latest release is Snow Drive, the third book in the Snow series.

DJ: What is Snow Drive and then the Snow series about? 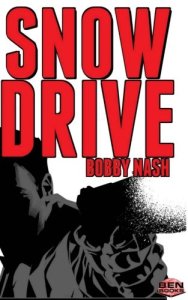 Bobby: Snow Drive is the third book in the Snow series. These books follow the adventures of Abraham Snow, a former undercover operative whose identity was uncovered and he was shot and left for dead on an airstrip in South America. Now retired, thanks to the gunshot would a half inch from his heart, Snow reconnects with his family and gets involved with the family business, Snow Security Consulting. While working off the books on his last case, Snow steps in to help out his family and gets in hot water.

So far, three Snow books have been release.

Snow Falls: After a near fatal encounter while deep undercover in South America, Abraham Snow retires from his work as a government operative, moving in with his grandfather during his recuperation. Once there, however, Abraham realizes that his grandfather has an ulterior motive: He wants Abraham to join the family business, Snow Security Consulting. Abraham, however, soon learns that working with his family can be just as treacherous as deep cover work – especially when caught in the crossfire between his father and grandfather. But when an assassination plot against a visiting dignitary puts the entire family at risk, Abraham must use all of his talents and contacts to keep them safe.

Snow Storm: Snow’s former partner, Samson Brooks, a retired agent turned p.i., arrives in Atlanta with a problem. He’s gotten into some trouble with some bad people and needs Snow’s help to get out of it. When college student, Katie Masters is kidnapped, snow and his friends leap back into action to rescue her before the Atlanta underworld erupts into all-out war.

Snow Drive: Abraham Snow’s career ended with a single shot, but now he’s back behind the wheel and looking for a saboteur. The Chambers Stock Car Racing team hires Snow Security Consulting to get to keep their people and equipment safe and to get to the bottom of whoever is trying to put them out of business and why. Archer Snow volunteers Abraham Snow and Big John Salmon as part of the pit crew. Can they keep the team’s young hothead out of trouble long enough to stop the saboteur before the next race? Meanwhile, an old enemy sets her sights on Snow when a bounty is placed on his head.

Book 4 is scheduled for this fall/winter. It’s called Snow Trapped: After the shocking reveal at the end of SNOW DRIVE, the investigation into Miguel Ortega and Daniella Cordoza heats up, Abraham Snow calls in a favor from his former handler, Elizabeth Walker. She has agreed to share information on Ortega and Cordoza and to deal with the hired guns after the bounty placed on Snow’s head. A team of hired mercenaries break into a U.S. government information storage and retrieval blacksite hidden in an average office building. They enter the building through the lobby restaurant. They say timing is everything. Unfortunately, for the mercenary team, they picked the same building where Walker and Snow are meeting and they don’t take kindly to having their reunion interrupted.

You can keep up with the Snow series at https://ben-books.blogspot.com/p/snow.html END_OF_DOCUMENT_TOKEN_TO_BE_REPLACED