Today I am interviewing Deborah A. Wolf, author of the new fantasy novel, The Forbidden City, second book in The Dragon’s Legacy series.

DJ: Hi Deborah! Thanks for agreeing to do this interview!

Deborah A. Wolf: My pleasure! Thanks for having me back.

DJ: What is The Forbidden City and then The Dragon’s Legacy series about?

Deborah: It’s about young people coming of age and having to correct the mistakes of their elders, while fucking the world up anew. It’s about friendship and love in the face of disaster. It’s about power imbalance and abuse, the absolute absurdity of war, gender norms… and, most especially, it’s about dragons.

DJ: What were some of your influences for the The Dragon’s Legacy series?

Deborah: Growing up in a mostly Athabascan village in the middle of Alaska, immersion in the Arabic language and cultures, and a passion for Tolkien make for a very potent brew. Also, George R. R. Martin basically gave me permission to really fuck my characters up, so blame him.

Deborah: I love all my characters. Each of them is imperfect, and flailing through life as best they can. Sometimes they fuck up, and those fuckups can have terrible, irreparable consequences, but they keep trying. Jian, for instance, lives in a slave empire and is constrained by his half-dae heritage to become a member of Sindan’s elite military force, but he tries to create a small bubble of safety and normalcy for those he loves. Sulema is dragged into politics when all she wants to do is ride her horse and be a warrior for her people, but she tries her best to live up to her new responsibilities. And Hafsa Azeina really is trying to kill fewer people. END_OF_DOCUMENT_TOKEN_TO_BE_REPLACED 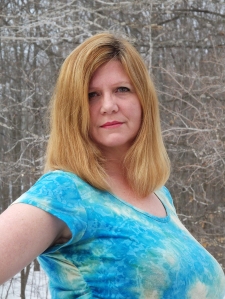 DJ: Hey Deborah! Thanks for agreeing to do this interview!

Deborah A. Wolf: Hi, thanks for having me!

Deborah: I had kind of a weird life; I grew up on wildlife refuges until my family moved to a small village in the middle of Alaska and settled down. I’ve been an underwater photographer on Maui (did not hate that job), an Arabic linguist (the dating pool was exemplary) and a single mom (best gig yet). I’m fond of animals, less than fond of crowds, and have the attention span of—SQUIRREL!

DJ: What is The Dragon’s Legacy about?

Deborah: THE DRAGON’S LEGACY is almost as strange as its author. It’s about the threat to human survival by ecological forces–huge ecological forces, in this case, with wings and scales and all—and how different societies react to that threat. It’s bout indigenous societies caught between warring empires, and a struggle to maintain cultural identity. Mostly it’s about the small human stories of everyday people trying to go about their lives and loves while these events are taking place.

Deborah: George Martin was definitely an influence in that he opened the door for stories that don’t follow a predictable path. Martin, Steven Erikson, and probably even Robert Jordan, whose work isn’t much like mine, showed me how much I like epic sagas that tell myriad stories of human-ness. Anne McCaffrey made me want dragons, and Pat Rothfuss made me want to make it all pretty.

Growing up in an indigenous society, being a soldier, and immersion in the Arabic language and Middle East cultures made me want to tell stories of desert warriors in a tribal society.

And you can blame it all on Tolkien in the first place. END_OF_DOCUMENT_TOKEN_TO_BE_REPLACED