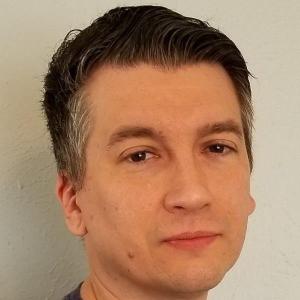 Today I am interviewing Victor Godinez, author of the new science-fiction novel, The First Protectors.

DJ: Hi Victor! Thanks for agreeing to do this interview!

Victor Godinez: Well, I’m a longtime newspaper reporter who made the switch over to public relations several years ago in the telecommunications industry. I grew up all over the world: Dallas, Boston, New York, Venezuela, Indiana, France, Belgium, Brazil, then back to Dallas, which is home for me now, with my wife and three kids. Believe it or not, Belgium has better French fries than France!

DJ: What is The First Protectors about?

Victor: The First Protectors is my vision of what an alien invasion could realistically look like and how we might realistically fight back against it. It opens with the last survivor of a conquered alien race called the brin trying to warn mankind against the coming invasion of another species called the mrill. The last brin alien crashes on Earth, with a mrill attacker in hot pursuit. The brin survivor is killed, but not before he meets our hero, Ben Shepherd, and injects him with alien nanotechnology that just might give humanity a fighting chance against the imminent mrill invasion.

DJ: What were some of your influences for The First Protectors?

Victor: As a kid, I was a big fan of a mix of novelists, from Stephen King to Louis L’Amour to Tolkien to T.H. White. Plus, whatever pulpy sci-fi novel I happened to stumble across. As I got into high school, Douglas Adams and his Hitchhiker’s Guide to the Galaxy series made a tremendous impression on me, with its mix of absurdist humor, adventure, and an exasperated love of humanity in all our ridiculousness, stupidity, and sheer bloody-mindedness. In fact, I reread the entire series every couple of years. And lately, I’ve been a big fan of Ted Chiang. Stories of Your Life and Others is haunting in ways that are so subtle that you seem to feel them under your skin. Barbara Tuchman’s The March of Folly is also a good reminder that, ultimately, people just do dumb things, no matter how smart they seem to be. END_OF_DOCUMENT_TOKEN_TO_BE_REPLACED