William Dresden: Hi DJ! Thanks for the interview. I’ve been writing for a while now. Most of my writing has been screenwriting. I got into film when I was a teenager and ended up winning a few awards. That led me into becoming a script doctor where directors would hire me to fix problematic projects that they were working on.

DJ: What is Dead Reckoning about?

WD: It’s a Western with heavy Horror and Fantasy influences. In it, we follow Jesse, an ex-gunslinger cursed with a supernatural ability called – the Reckoning. He has a mysterious past and is being hunted by a group of Native Americans that have an uneasy alliance with a dark force not of this world.

DJ: What were some of your influences for Dead Reckoning?

WD: I had this idea of writing a series like the x-files but set in the 1800’s. I was hugely influenced by Sergio Leone Western’s and Giallos’ like Suspiria. Stylized genre films from the late 70’s. So came the idea to spin a Western and set it where I grew up, in the North-East. A North-Eastern if you will. As a kid I used to hear these stories about an infamous gang of horse thieves that used to steal horses from the south and bring them back up north and sell them. So I went and checked out their old cabin. That set up the first scene in the book. Oh and there was this one time when I found two bucks pulled like forty feet up into a pine tree. They had begun to decay up there, so a ring of hair had formed around the base of the tree. Still don’t know how they got up there, but I tried to explain it in my book. END_OF_DOCUMENT_TOKEN_TO_BE_REPLACED 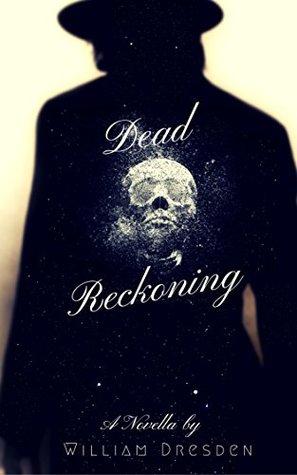 Jesse is a bad man. A killer yes. A monster, sometimes. Most often, though, he is a Judge, an ex-gunslinger cursed with a supernatural ability called – the Reckoning.

Now he finds himself hunting the forests of upstate New York for Horse Thieves, Wendigos and other nightmares that lurk in the darkness. Only this time, what he finds will change him in ways he never thought possible, bringing him one step closer to finding the man who murdered his family.