Today I am interviewing Nicky Peacock, author of the urban fantasy series, Battle of the Undead, and the supernatural thriller series, The Twisted and the Brave.

DJ: Hey Nicky! Thanks for stopping by to do this interview!

Nicky Peacock: I’m an English author based in the UK and have two YA book series out through the publishers, Evernight Teen. I started my writing career in the short story market and gained over 30 publishing credits before I sold my first novel. I write horrors, urban fantasy and paranormal romance, but do enjoy a good genre mash-up so tend to be open about what I write. As long as it has a sharp, dark edge to it, I’m a happy author!

DJ: What is the Battle of the Undead and The Twisted and the Brave series about?

Nicky: Battle of the Undead is a YA vampires VS zombies urban fantasy – there’s currently three books in the series that are available: Bad Blood, Bad Timing and the prequel to the series, Traitors’ Gate.

The Twisted and the Brave is a YA supernatural thriller series that have classic children’s literature twisted through them. The first book in this series is out now, Lost in Wonderland and right now, I’m writing the second, The Assassin of Oz.

DJ: What were some of your influences for each of the series?

Nicky: Battle of the Undead was just me wanting to read a zombie apocalypse story that featured vampires. If zombies happened and vampires were real, they’d have a vested interest in keeping humans alive. I looked around for a book that had this plot, but couldn’t find one, so decided to write it myself.

The Twisted and the Brave was initially inspired by Alice in Wonderland’s 150th anniversary last year. I wanted to write a book that honored the themes without just transposing the whole story into another genre – and Lost in Wonderland was born. I’m currently working on new books in this series based on other children’s books.

DJ: Could you briefly tell us a little about your main characters from each? Do they have any cool quirks or habits, or any reason why readers with sympathize with them?

Nicky: Britannia is the protagonist in the Battle of the Undead. She’s a tough and funny centuries old vampire, but deep down a bit of a loner; she is going to have to learn a few hard lessons to make it out of the series alive!

Mouse and Shilo are the protagonists in Lost in Wonderland. They are brother and sister. Mouse has been trained to kick serious serial killer butt, yet is still crippled by the fear of being lost. Shilo has been living in a mental asylum with only his imaginary friend, Mr. Custard to keep him company. He’s very child-like and innocent, but brave enough to break out to be with Mouse when she needs him.

DJ: What is the universe/world for each series like?

Nicky: Battle of the Undead is apocalyptic so very chaotic and un-kept – things go horribly wrong very quickly here. Zombies are everywhere along with Vampires and Vambies (zombie vampires) Survival is a struggle so finding a good vampire to help protect you, and your family is vital.

Lost in Wonderland is based in our modern world, but with a dash of the impossible. Wonderland is a well-funded vigilante organization that takes in orphaned children and trains them to be bait operatives to hunt down serial killers. So it’s almost the opposite to the Battle world – everything is ubber organized, and there’s a team that cleans up after every kill.

DJ: What was your favorite part about writing the Battle of the Undead series? What do you think readers will be talking about most once they finish it?

Nicky: I have lots of favorite parts, but creating the ‘Vambie’ was probably the best. They are vampires that have been infected by zombies and come across evil and ghoulish – they made effortless villains.

DJ: What is your goal in writing the Battle of the Undead series? Is there a particular message or meaning you are hoping to get across to readers when it is finally told?

Nicky: One of the main themes is magic vs. science, which is close to my heart. It feels like we know everything in this modern world and that there is no room for the paranormal anymore – even though most people are still fascinated by it. I’d like readers to think about what they would do if zombies really happened and if a vampire said they’d protect you, you just had to feed them your blood in return- would you trust them?

DJ: What was your favorite part about writing the The Twisted and the Brave series? What do you think readers will be talking about most once they finish it?

Nicky: I liked the themes of growing up and madness (both taken for Alice in Wonderland) Growing up is difficult and different for everyone, so understanding this is crucial in YA fiction. The concept of madness though isn’t so clear-cut, it certainly isn’t in my book, and I’d like readers to take this away from the story – not everything is as it seems.

DJ: What was your goal in writing The Twisted and the Brave series? Is there a particular message or meaning you are hoping to get across to readers when it is finally told?

Nicky: Each books will have different themes depending on the classic children’s book it’s based on, however, I’d like readers to take away the feeling of having read a great story that’s given them a new take on an old classic, with characters that they can identify with and get behind.

DJ: What is next for you?

Nicky: Lots of writing! I’m currently working on the third book in the Battle of the Undead series, Bad Karma and the second in The Twisted and the Brave, The Assassin of Oz. No rest for the wicked!

DJ: Before we go, what is that one thing you’d like readers to know about the Battle of the Undead and The Twisted and the Brave series that we haven’t talked about yet?

Nicky: There is a free read with Battle of the Undead, Traitors’ Gate currently available through the following links:

It’s the prequel, but can be read at any point in the series.

Nicky: You’re very welcome – thank you for having me.

*** Battle of the Undead series and The Twisted and the Brave series are published by Evernight Teen and are available TODAY!!! ***

Buy the Battle of the Undead series:

Buy The Twisted and the Brave series: 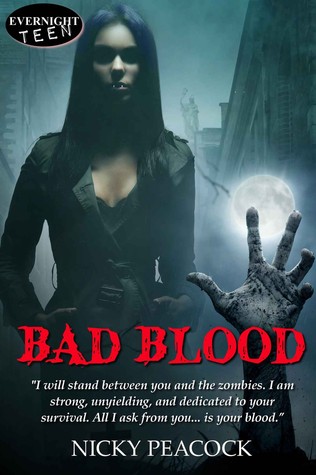 “I am Britannia. I am your protector. I will fend off the hungry hordes of undead hands that reach toward you. I am your steadfast defender. I will stand between you and the zombie masses as they try to taste your flesh. I am strong, unyielding, and dedicated to your survival. All I ask from you… is your blood.”

A 500 year bloody game of vengeance will need to be put on hold if vampires are to survive the zombie uprising. Bitter enemies, Britannia and Nicholas must work together to save un-infected humans, delivering them to a stronghold in Scotland.

Unable to drink the zombie blood, vampires need humans to stay alive. But will they tell the survivors who they are, and what they want from them? Will Britannia be able to hold back her vengeance? Is survivor Josh the reincarnation of Britannia’s murdered true love? And can she bring herself to deliver him to the safe hold? 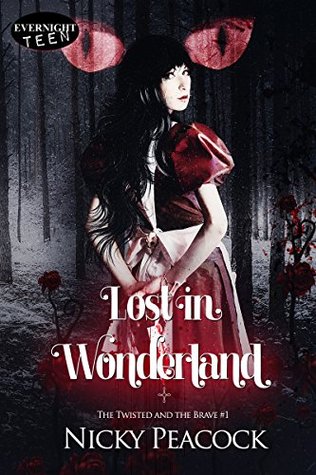 Monsters, serial killers, and imaginary friends—being a Wonderlander can be murder…

Once upon a time, Kayla was lost. Then she found Wonderland, but not the one you know. Run by ex-government agents and funded by an eccentric Silicon Valley billionaire, this Wonderland is the name of a collective of highly trained vigilantes who hunt serial killers. Now Kayla, aka Mouse, works tirelessly alongside her fellow Wonderlanders, Rabbit and Cheshire, baiting dangerous murderers. But even her extensive training hasn’t prepared her for the return of her older brother…

Shilo has spent most of his life in an insane asylum, convinced his mother was abducted by a sinister Alaskan monster who lures the lost away to feast upon their flesh. And now he’s certain that his sister is in the same monster’s crosshairs. But if Shilo is going to save what’s left of his family, he’ll have to convince his sister that maybe, just maybe, we’re all a little mad.

I’m a British author living in the UK. I’m a proud member of the Society of Authors and the British Fantasy Society. My second book in the Battle of the Undead series, Bad Timing is out now and my story Madame X is included in Little Brown Book’s Mammoth Book of the Jack the Ripper Tales.

Prequel to Battle of the Undead, Traitors’ Gate is out now as a FREE. Bad Blood and Bad Timing must be read in order, however Traitors’ Gate can be read at any point in the series.

My new series, The Twisted and Brave starts in April with Evernight Teen. The first book in the series, Lost in Wonderland is released April 2016.

For further information on my work see: http://nickypeacockauthor.wordpress.com/

Like Loading...
Tagged author interview, battle of the undead, evernight teen, nick peacock, the twisted and the brave