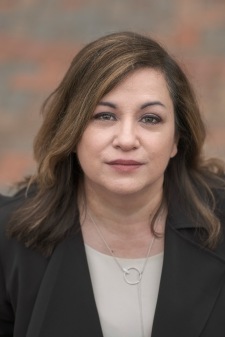 Today I am interviewing Alma Katsu, author of the new horror novel, The Fervor.

DJ: Hi Alma! Thanks for agreeing to do this interview!

Alma Katsu: I’ve written seven novels. Most are in the historical horror/supernatural fantasy vein, with the most recent being The Fervor. I also had a spy thriller, Red Widow, come out in 2021, with a second in the series coming in 2023. I’ve been putting out novels for over ten years but had a whole career in intelligence (hence the spy novels), retiring a few years ago.

DJ: What is The Fervor about?

Alma: On one level, it’s about the lives of four characters during the waning days of WWII: Meiko, the Japanese wife of a U.S. fighter pilot imprisoned at one of the Japanese internment camps; Archie Mitchell, whose wife is killed at the opening of the book when a fu-go, or fire balloon, explodes near Bly, Oregon; Fran Gurstwold, a reporter intent on writing up the dangerous and mysterious fire balloon incidents; and Aiko, Meiko’s daughter, who escapes from camp and makes a dangerous solo journey back to Seattle when she’s told her mother has died. On another level, though, it’s an exploration of racism.

DJ: What were some of your influences for The Fervor?

Alma: My previous historical horror novels (The Hunger and The Deep) were influences, in that I’d learned a lot about writing this sub-genre from them, from how closely to hew to history (or not), and what people seem to want from this kind of novel. The Fervor, while employing the same techniques as the previous books (multiple POVs, a grounding in history), is fairly different in that most of the characters are completely made up and it isn’t a close retelling of a specific historical event. It’s more of an allegory.  END_OF_DOCUMENT_TOKEN_TO_BE_REPLACED