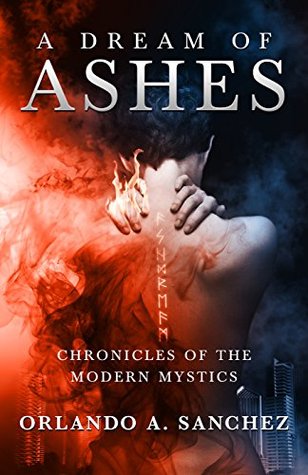 *** A Dream of Ashes (Chronicles of the Modern Mystics #1) is available for purchase TODAY!!! ***

Orlando Sanchez has been writing ever since his teens when he was immersed in creating scenarios for playing Dungeon and Dragons with his friends every weekend. An avid reader, his influences are too numerous to list here. Some of the most prominent are: J.R.R. Tolkien, Jim Butcher, Kat Richardson, Terry Brooks, Piers Anthony, Lee Child, George Lucas, Andrew Vachss, and Barry Eisler to name a few in no particular order.
The worlds of his books are urban settings with a twist of the paranormal lurking just behind the scenes and generous doses of magic, martial arts, and mayhem.

Aside from writing, he holds a 2nd and 3rd Dan in two distinct styles of Karate. If not training, he is studying some aspect of the martial arts or martial arts philosophy.

He currently resides in Queens, NY with his wife and children and can often be found in the local Starbucks where most of his writing is done.

Please visit his site at: OrlandoASanchez.com for more information about his books and upcoming releases.

Like Loading...
Tagged a dream of ashes, author spotlight, chronicles of the modern mystic, orlando a. sanchez